The article below originally appeared in The Tiger, March 12, 2018. 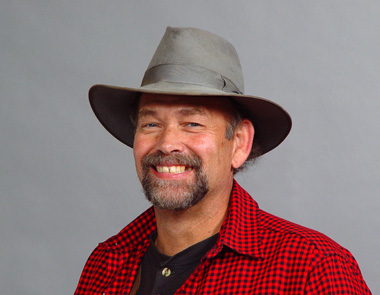 Dr. Victor Cabas joined the faculty of Hampden-Sydney College in 1982, two years after I did.  We shared common interests in the Southern School of American Literature and in American music—particularly the blues.  Vic Cabas was a master of both Delta Blues (especially the work of Robert Johnson) and Country/Piedmont Blues.

In 1995, Vic was awarded a major teaching award (he received quite a few over the years—five J. B. Fuqua Teaching Awards, as I recall) and the two of us hit the road to look for just the perfect blues guitar for him to convert the prize money into.  We found a late-20s National steel-bodied guitar that was to become the main slide-guitar for Vic for many years.  However, this also became Vic Cabas' introduction into the world of vintage guitar collecting.  Over the years, he bought and sold many fine and interesting vintage guitars, basses, banjos, mandolins, and other string instruments after that first National guitar.

Dr. Cabas and I played on and off campus, in the Farmville-Charlottesville-Richmond area over a period of many years.  We each played either acoustic or electric guitars, and Victor would sing.  We played Delta and Piedmont blues, but also works from the Great American Songbook—e.g., "Stardust," by Hoagy Carmichael.  Dr. Cabas was an exceptionally gifted guitarist/singer.  His bottleneck slide solo work was constantly innovative and never repetitive.  He taught the Delta and Piedmont blues as literature at both Hampden-Sydney College and the University of Virginia.

A young Dave Matthews sought out Dr. Cabas for guitar-playing tips.  They became friends.  Dave Matthews made cassette tapes of his emerging songwriting efforts that he would sing and play on guitar in his home, which he would give to Dr. Cabas for critiques.  Dr. Cabas, in turn, would give these tapes to me, as the material was more in line with the sort of music that I played.  (I still have some of them—the ones that I didn't give to students.)

Eric Clapton once called Dr. Cabas up to learn if Dr. Cabas was providing entertainment at an event that Clapton was intending to attend.  (When Dr. Cabas answered the phone, he said, "Eric who?")  I wish I could number Eric Clapton among my fans.

Dr. Cabas was a dedicated, gifted teacher of both Rhetoric and Literature—at Hampden-Sydney College and at the University of Virginia.  For years, Dr. Cabas taught a very popular class on the blues at the University.  Students eagerly sought out his class.  The actress, Sissy Spacek, contacted the University to specifically ensure that her daughter would be able to enroll in Dr. Cabas' class.  Generations of Hampden-Sydney College students were grateful to have had the opportunity to learn Rhetoric from Dr. Cabas, and especially to prepare for the proficiency exam under his tutelage.  His care and sincerity earned him five consecutive Fuqua Teaching Awards, voted on by recent alumni of the College. 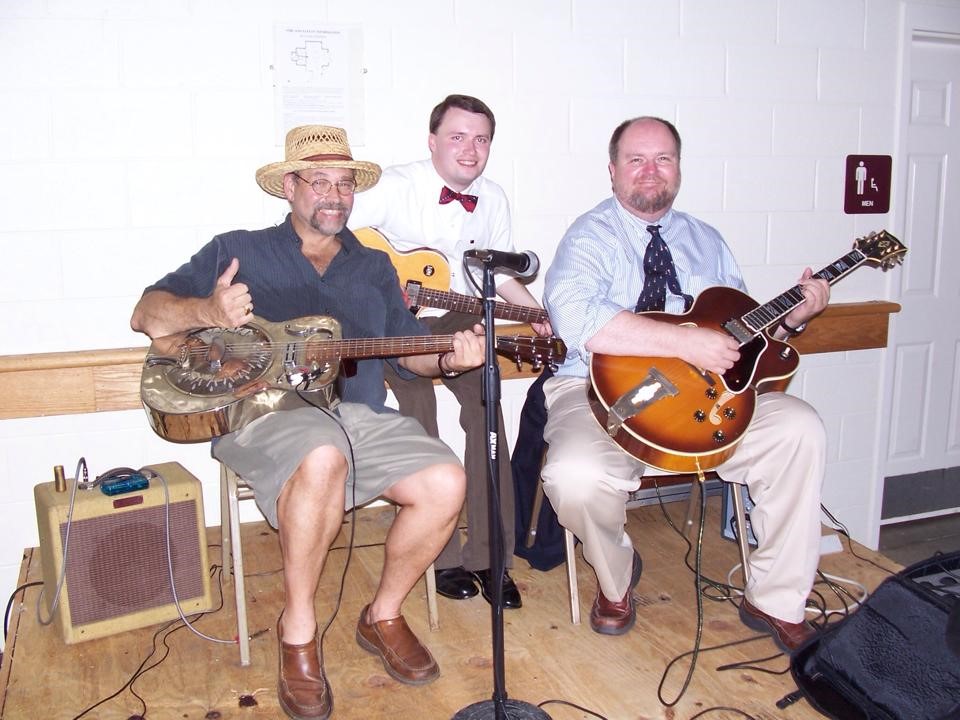 In addition to his teaching and musical performances (some of which have been featured on radio and television in the Charlottesville area), Dr. Cabas was a long time cattle farmer in Nelson County, Virginia.  He cherished the rigors of farm life, and he attended to his livestock with great care and affection.

Dr. Cabas never had children but often thought of the many students he worked with at the College as his sons.  In particular, he was especially fond of the men of the Sigma Alpha Epsilon fraternity that he served for many years as faculty advisor.  Annually, he looked forward to the occasions during Family Weekend in the Fall Term and Greek Week in the Spring Term when he and I performed for the SAE brothers and their guests with special relish.

Each time I play, I will miss Vic.  I will dedicate many songs to him in the years ahead.  But, of course, I can hear him now, even as I write.

His obituary can be read in the Daily Progress.