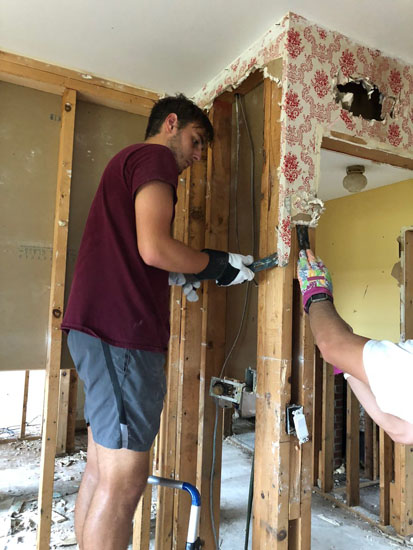 This year's hurricane season has had a significant impact on Hampden-Sydney, with Hurricane Michael tearing through campus last week and Hurricane Florence affecting the College's extended community in September. No matter the obstacle, the Hampden-Sydney family always bands together to overcome times of difficulty.

In the aftermath of Hurricane Florence, Wendy Carr, mother of Spell Carr '20, discovered that Hayes Ludlum '02 and his family had floodwater up to the second story of their home. Head Soccer Coach Tommy DiNuzzo agreed that the team would support the Ludlum family with their recovery, but the Ludlums graciously declined the offer. In their place, the Ludlums suggested a family with a much greater need in Wallace, NC.

This other couple and their 4-year-old daughter were living in the mother's elementary school classroom after floodwaters took everything they owned. The decision was easy.

"Currently within our program we have a number of guys from North Carolina, so the damages that many families experienced from the hurricane hit pretty close to home with us," noted Coach DiNuzzo. Players and parents got to work, and in just a few weeks, over $1,000 worth of cash and personal items had been collected and given to the family. 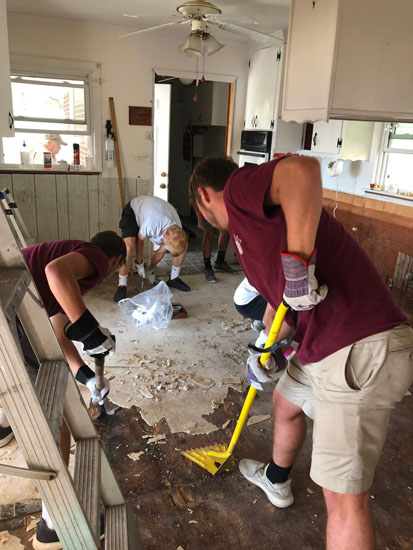 But donations weren't enough for the soccer team—they wanted to offer sweat equity by doing some hands-on work with flood victims. On the Monday of the College's Fall Break, all three soccer coaches joined players Spell Carr '20, Gray Sutter '21, Cole Burton '20, and Connor Shaw '21, as well as Wendy Carr, in meeting Judy and James English, whose Wallace home of 55 years had been completely flooded. The group labored all day, gutting the house down to the studs.

"There was an opportunity for us to help out and provide some assistance to some people who really needed it," DiNuzzo said. "We're grateful to be in position to do something like this and wish we could have done more."

The scope of their efforts may have been small, but the impact was profound. Judy English expressed gratitude, saying, "I'm overwhelmed these young men came so far to help people they've never met." She plans to pay the team back with dinner and a homemade southern pound cake once the restorations on the English family home are completed. 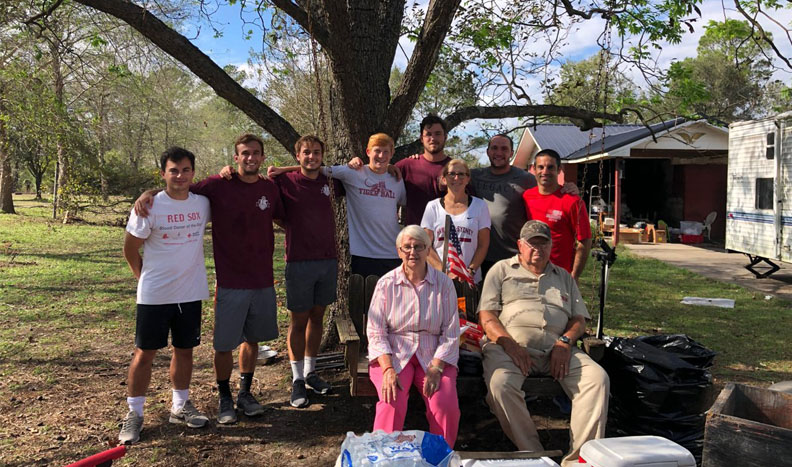