Well over a hundred members of the Hampden-Sydney community gathered on campus in late March for the Minority Alumni Mentorship (MAM) Weekend, an annual opportunity for alumni, current students, and prospective students of color to come together in fellowship.

Honoring the Past, Looking to the Future 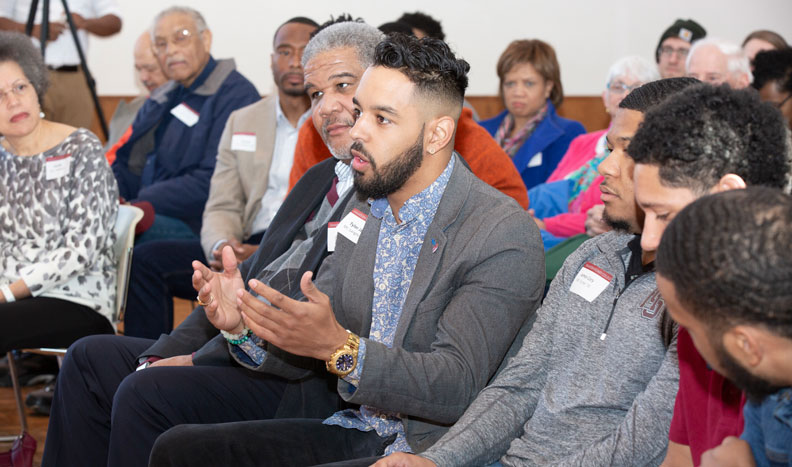 This year’s reunion also honored the 50 th anniversary of the enrollment of Alphonso O’Neil-White ’72 at the College, an act that officially integrated the student body. In an effort to honor that history while acknowledging the role of students of color in H-SC’s future, the theme for this year’s events was “The Next Fifty Years.”

Two panel discussions on Saturday afternoon provided alumni, current and prospective students, faculty and staff plenty to discuss over the course of the weekend. “Reflections on the First Fifty Years” featured Dr. Vinston Goldman ’75, associate professor of psychology at North Carolina Central University, and Shawn Middlebrooks ’08, an attorney for the North Carolina General Assembly’s Legislative Analysis Division, as well as Dr. Bob Rogers, retired professor of religion at the College.

Goldman and Middlebrooks discussed their experiences on campus and drew parallels between their own challenges and successes and those of the current generation, while Rogers, who served as the informal advisor to virtually every African-American student at Hampden-Sydney between 1975 and 2000, provided crucial context for their discussion. Both alumni called their Hampden-Sydney experiences overwhelmingly positive, noting that the College’s focus on civil discourse meant any conflict was resolved in a positive manner. And both men praised the College for preparing them to succeed in graduate school, their careers, and their personal lives. 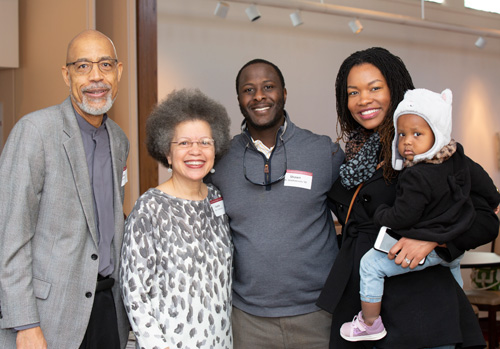 Moderated by the College’s coordinator for equity and inclusion, Alexander Abbott ’17, the event blossomed into an engaging dialogue between members of the audience and the panelists. A primary topic of discussion was the value of a private, all-male institution becoming a more diverse and inclusive community with plenty of opportunities for passionate students and alumni to influence campus culture. 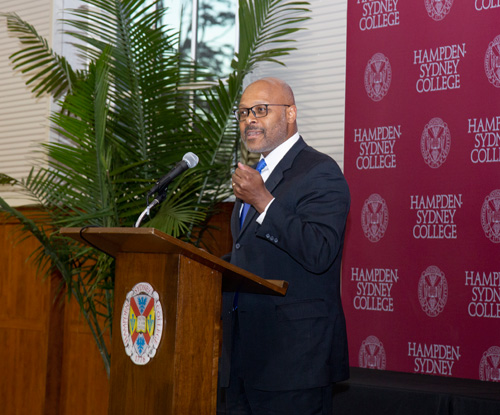 The Honorable Maurice Jones ’86 delivered Saturday’s keynote address, noting traits that make Hampden-Sydney special: its personal touch, its academic rigor, and the relationships students develop on campus. Particularly moving were Jones’ tributes to his grandfather, who raised Jones to value education although his own was cut short because of the color of his skin, and to Dr. Rogers, whose phone call about an H-SC scholarship “changed the course of my life,” according to Jones.

Currently president and CEO of the Local Initiatives Support Coalition, Jones is the former Secretary of Commerce for the Commonwealth of Virginia as well as deputy secretary of the U.S. Department of Housing and Urban Development. The former Rhodes Scholar holds a master’s degree from Oxford University and a law degree from the University of Virginia Law School, and he has served as a Trustee of Hampden-Sydney College in the past. In addition to his heartfelt remembrances of and thoughtful challenges to the Hampden-Sydney community, Jones’ remarks about the annual MAM basketball game, in which the alumni team once again emerged victorious from a hard-fought battle with current students, drew plenty of lighthearted laughter.

Some 35 alumni returned to campus for MAM 2019, for a total of 135 attendees over the course of the weekend. The Office of Equity and Inclusion partnered with a large number of other campus offices to sponsor the weekend: Admissions, Alumni Relations, Student Affairs, Career Education, and the Minority Student Union all played vital roles in making the weekend a success.