On May 29, Hampden-Sydney College’s Army ROTC program commissioned its largest group of cadets in 30 years. Although the ceremony looked a little different this year—with cadets taking their oaths of office in their own homes via Zoom—it was still a special moment for cadets and families alike. 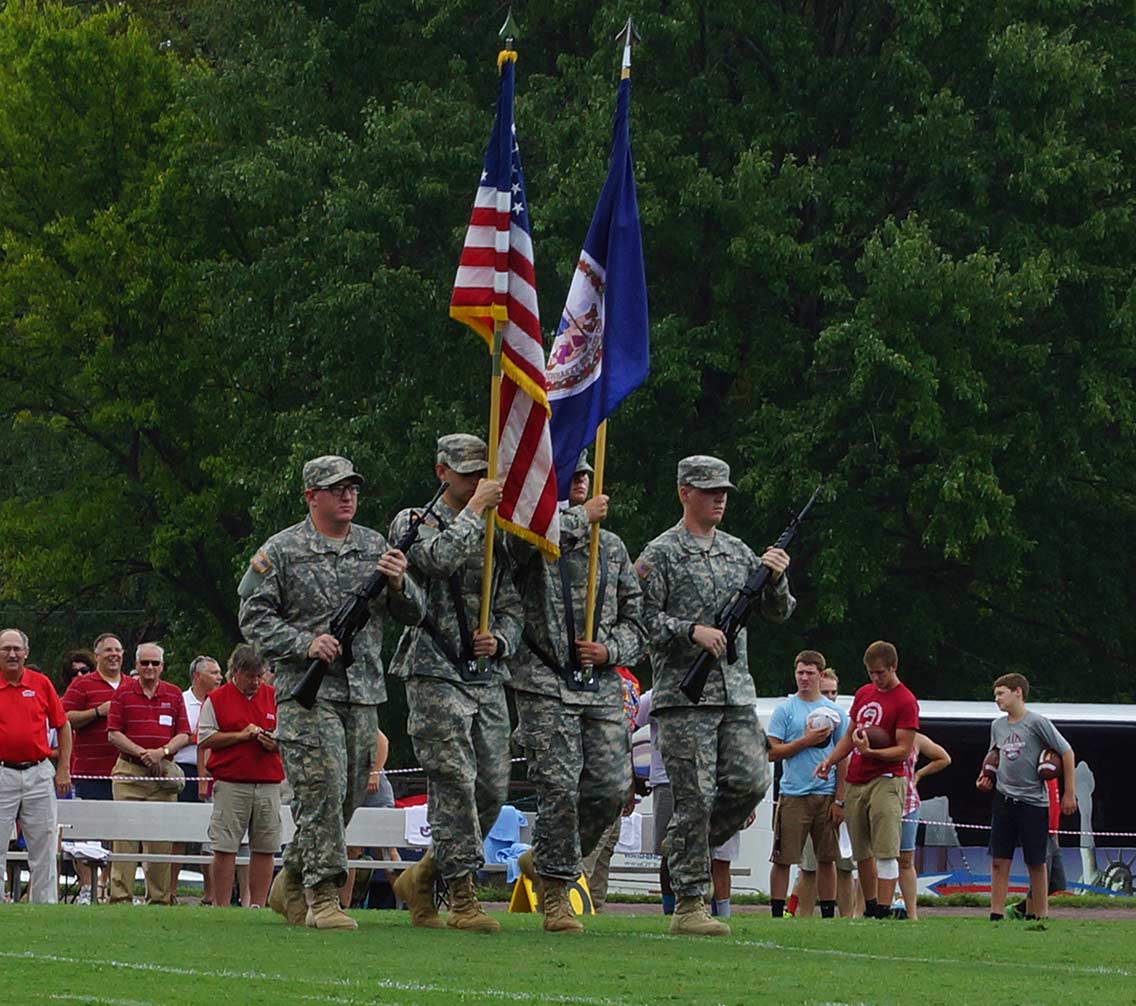 “Since the College’s founding in 1775, Hampden-Sydney men have answered the call to serve our country in times of war and peace,” says ROTC Advisor Lieutenant Colonel Rucker Snead ’81. This year, over 30 Hampden-Sydney students participated in H-SC’s Army ROTC program, which was established in 1979 as part of the Spider Battalion based at the University of Richmond.

ROTC is an elective program that educates and prepares highly talented students to become military officers through academics and hands-on activities designed to develop a student’s leadership potential. H-SC cadets have to successfully complete the same training as a West Point cadet.

According to Snead, “Typically a commissioning ceremony includes three parts. First, the cadet takes his oath of office. Next, he receives his new rank as a second lieutenant, which is pinned on by a loved one. Finally, he receives his first salute from an enlisted soldier—typically from a non-commissioned officer who trained him—which represents his change in status.”

This year’s virtual ceremony, however, necessitated a change in procedure. “We ended up taking the oath of office together as the Spider Battalion the day before we each commissioned in-person,” explains Lieutenant Thomas Gorman ’20. “It was really special to see all my friends from H-SC raise their right hands and take the oath alongside me.”

I’ve been blessed to work closely with these young men as they’ve developed into good men and good citizens. Over the years, our program has commissioned 75 Army officers. I am honored to welcome six more. 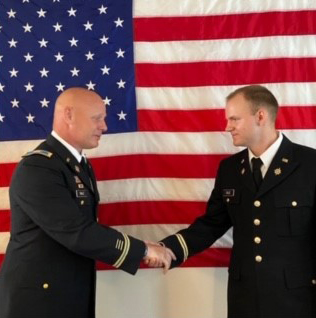 In true H-SC fashion, the ceremony united Tiger brothers across miles and generations. Colonel Anderson Sale ’93 gave the oath of office to his son Lieutenant Mason Sale ’20. “Mason is a third generation Hampden-Sydney graduate and now a second generation officer in the Military Intelligence Corp,” says Colonel Sale. “Mason will find his own paths, joys, and struggles in life and in the military. His mother and I are very proud of the man who stood before us at commissioning.”

Joining Mason and Thomas as new lieutenants are fellow graduates Dylan Cate ’20, Garrett Ramsey ’20, Charles Toomey ’20, and Augy White ’20. Dylan will be serving in the infantry; Tommy in medical services; Garrett in engineering; Mason in military intelligence; Charles in ordnance; and Augy in transportation.

“Medical Services Corps officers are the health administrators of the Army,” says Thomas. “I was selected during spring semester to follow on to Fort Rucker, Alabama, to train as a Blackhawk helicopter MEDEVAC pilot.”

All six graduates were recipients of an ROTC scholarship that covers tuition, fees, books, and a monthly stipend. Currently, an ROTC scholarship is worth over $53,000 a year for a Hampden-Sydney cadet. Over the past four years, in fact, these six cadets received over $850,000 in scholarship aid from the U.S. Army program.

“I’ve been blessed to work closely with these young men as they’ve developed into good men and good citizens,” Snead says. “Over the years, our program has commissioned 75 Army officers. I am honored to welcome six more of our Hampden-Sydney brothers into our long garnet and gray line.”

An in-person ceremony to honor these lieutenants is scheduled for October 24.