Hampden-Sydney College's alumni network is the fifth best in the nation, according to a new report from the Princeton Review, which released its annual college guide, "The Best 384 Colleges: 2019 Edition," on Monday. 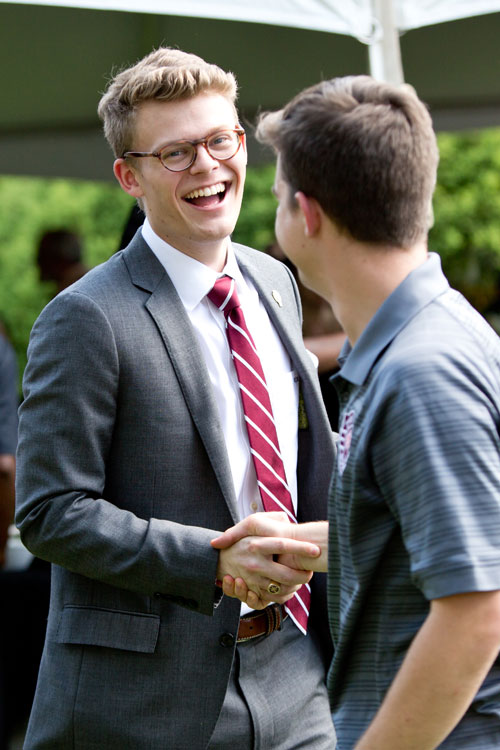 In addition to the top-five ranking for its alumni network, Hampden-Sydney, which placed among the top colleges in the southeast, was recognized among "Colleges That Pay You Back," a list of "best value colleges" that is "based on academics, costs, financial aid, debt, graduation rates, and alumni career and salary data."

The Walter M. Bortz III Library at Hampden-Sydney also placed in the top 20, maintaining the library's consistent rank among the nation's best since its debut on campus a decade ago.

These accolades come on top of the College's top-10 ranking in the Wall Street Journal's 2017 list of "Top Schools for Career Preparation."

The Princeton Review rankings are derived from student surveys of 138,000 students at the 384 schools. Students are asked about the school's academics/administration, college life, fellow students, and themselves. The publication saluted the College's renowned Rhetoric Program for providing "Olympic-level training in writing and speech."

According to the Princeton Review, students describe Hampden-Sydney faculty as "nothing short of excellent," saying their professors "care deeply about each of their students." Likewise, the student body is "a brotherhood rather than a group of peers," comprised of "well-educated gentlemen" who are "always moving forward by pushing our peers and ourselves."

But it's not all work: "No matter what you decide to do in your downtime, you definitely won't be bored," a student says.