Professor’s Expertise Challenges What We Know About Spiders 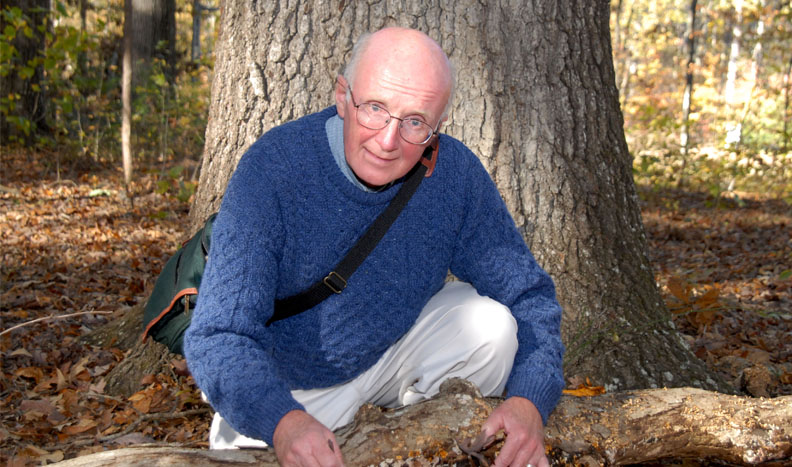 Amber is fossilized tree sap that preserves remarkable detail in small animals that become stuck in the sap while it is still soft. The fossil was found by a Chinese collector and was described and analyzed by Chinese paleontologist Bo Wang and colleagues from the US, Britain, and Germany in the current issue of Nature Ecology and Evolution. Shear was a member of the team that studied the fossil spider.

Unlike any spider known today or from fossils, Chimerarachne yingi has a long tail made up of many short segments. One of the closest living relatives of spiders, arachnids known as whip scorpions, have similar tails. Because true spiders are known from fossils older than Chimerarachne, this creature cannot be their ancestor, but represents a survivor from an even more ancient tribe. 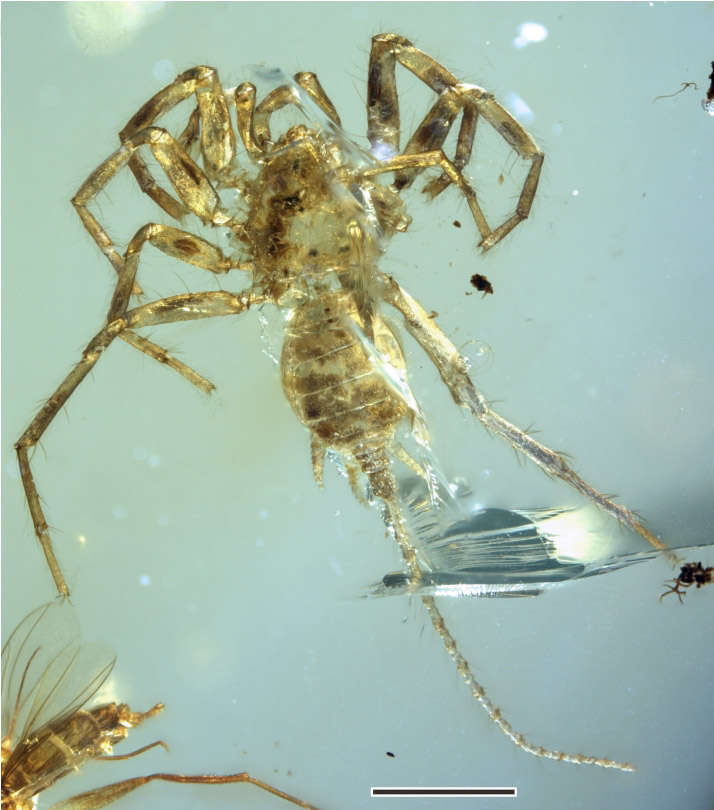 "A few years ago, Paul Selden from the University of Kansas and I found some much older fossils that were spider-like and had tails, but lacked the spinnerets that spiders use in making webs," Shear said. "They went back as far as 400 million years ago. We called them uraraneids, or proto-spiders, and thought they might be possible close relatives or even ancestors of today's spiders."

"This places uraraneids squarely in the evolutionary tree of spiders and tells us that spiders may have come from ancestors that had long, multi-segmented tails, something that is quite new," Shear said.

The preservation of the tiny-tailed spider in amber was so perfect that the researchers were even able to determine that it was a male.