Stimpert Makes the Case for a Men's College 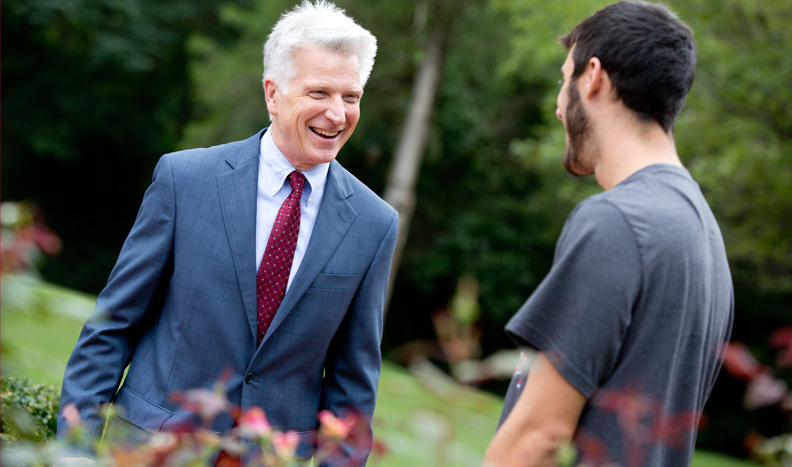 Virginia Business magazine interviewed President Stimpert on December 8 at its offices in Richmond. Stimpert discussed everything from branding a men's college in the 21st Century to enrollment and career preparation.

He cites that ultimately Hampden-Sydney College's excellent academic programs, emphasis on character, and unique brotherhood make it an outstanding choice for many young men. "We're the ninth-best alumni program in the country," he says. "We've gotten accolades from The Wall Street Journal as the 10th-best school for preparing you for a career." Not bad for a school with just over 1,000 students.

I tell folks if we had gone out and hired a marketing firm or a publicist, we couldn’t do better than our first president did in 1775. It’s hard to argue against the need for good men and good citizens.