In her final official act as dean of admissions, Anita H. Garland welcomed members of the class of 2023 to the Hampden-Sydney brotherhood, the 40th class Dean Garland has recruited in her storied career on the Hill. 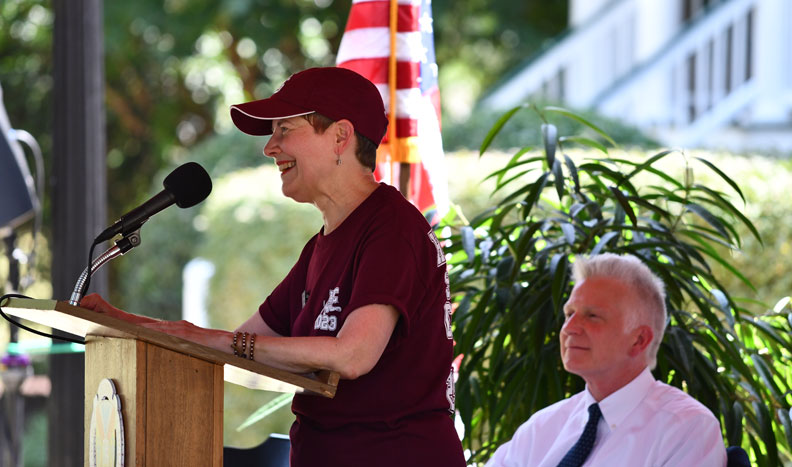 “Your class is filled with leaders,” Garland told the new Tigers on August 22 under the canopy of trees on the lawn of Venable Hall. “It has the highest total percentage of Eagle Scouts, Boys State attendees, and presidents of student governments of any class in the history of Hampden-Sydney College.”

In addition to Dean Garland, President Larry Stimpert, Dean of the Faculty Mike McDermott, Dean of Students Robert Sabbatini, and Student Body President Ben Anderson ’20 addressed the newest members of the Hampden-Sydney community before the young men bid farewell to their families and began acquainting themselves with Hampden-Sydney traditions, campus life, and each other. 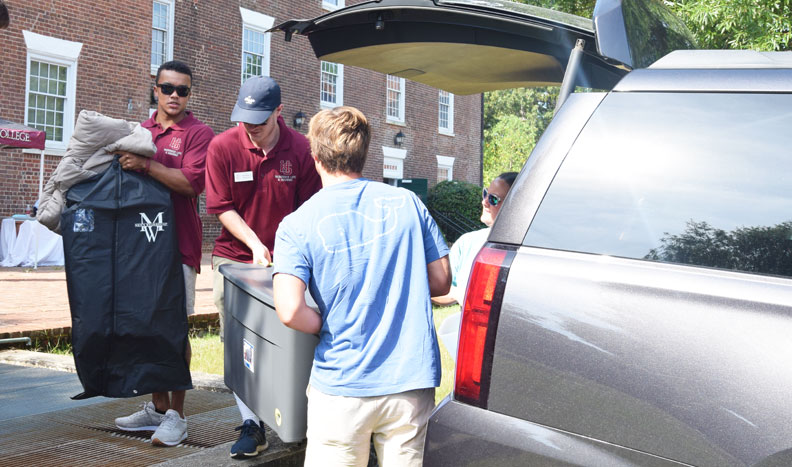 The incoming class members arrive at Hampden-Sydney having already distinguished themselves as athletes, outdoorsmen, scholars, and leaders during their high school careers. They have served as captains of state-champion soccer and football teams, earned national rankings in fencing and sporting clays, participated in international entrepreneurial competitions and national leadership summits. They have studied Latin, Russian, and Mandarin Chinese in addition to the more common Spanish, French, and German.

They have founded student organizations and launched businesses—one young man already runs three profitable seasonal businesses, while another incorporated his own web marketing company at age 15 and now counts clients throughout the mid-Atlantic. They have volunteered countless hours with youth programs, non-profit organizations, church ministries, and educational outreaches. One member of the class personally packed over 1,000 suitcases for young children entering the foster care system with the non-profit organization Comfort Cases, and another was named youth league basketball coach of the year in his local community.

Your class is filled with leaders. It has the highest total percentage of Eagle Scouts, Boys State attendees, and presidents of student governments of any class in the history of Hampden-Sydney College. 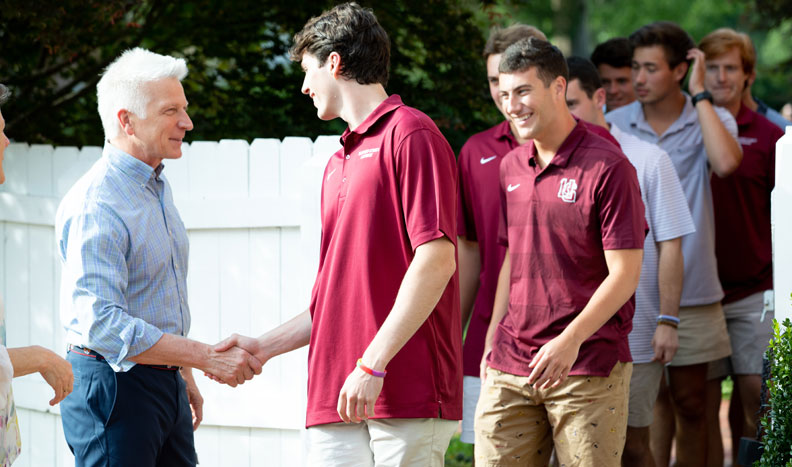 Hampden-Sydney’s class of 2023 represents 16 states and five countries. Although the largest percentage of the class hails from Virginia—with North Carolina, Maryland, South Carolina, and Georgia rounding out the top five—a number of the newest Tigers bring international experience to the Hill, having lived in Ghana, Germany, Russia, Switzerland, Spain, and Saudi Arabia, among other locales.

No matter their home town, state, or country, however, class members rallied around their new identity as the men of Hampden-Sydney during orientation, signing the honor code pledge, volunteering in the local Farmville community, and enjoying dinner with President and Mrs. Stimpert at Middlecourt Sunday evening. And bright and early Monday morning, August 26, they joined upperclassmen across campus for the first day of classes, officially opening the 245th academic year at Hampden-Sydney College.