A Hampden-Sydney education extends far beyond the confines of a classroom: Computer Science major Duncan Keefe '19 traveled to France and Luxembourg as a production assistant for American Rifleman Television. 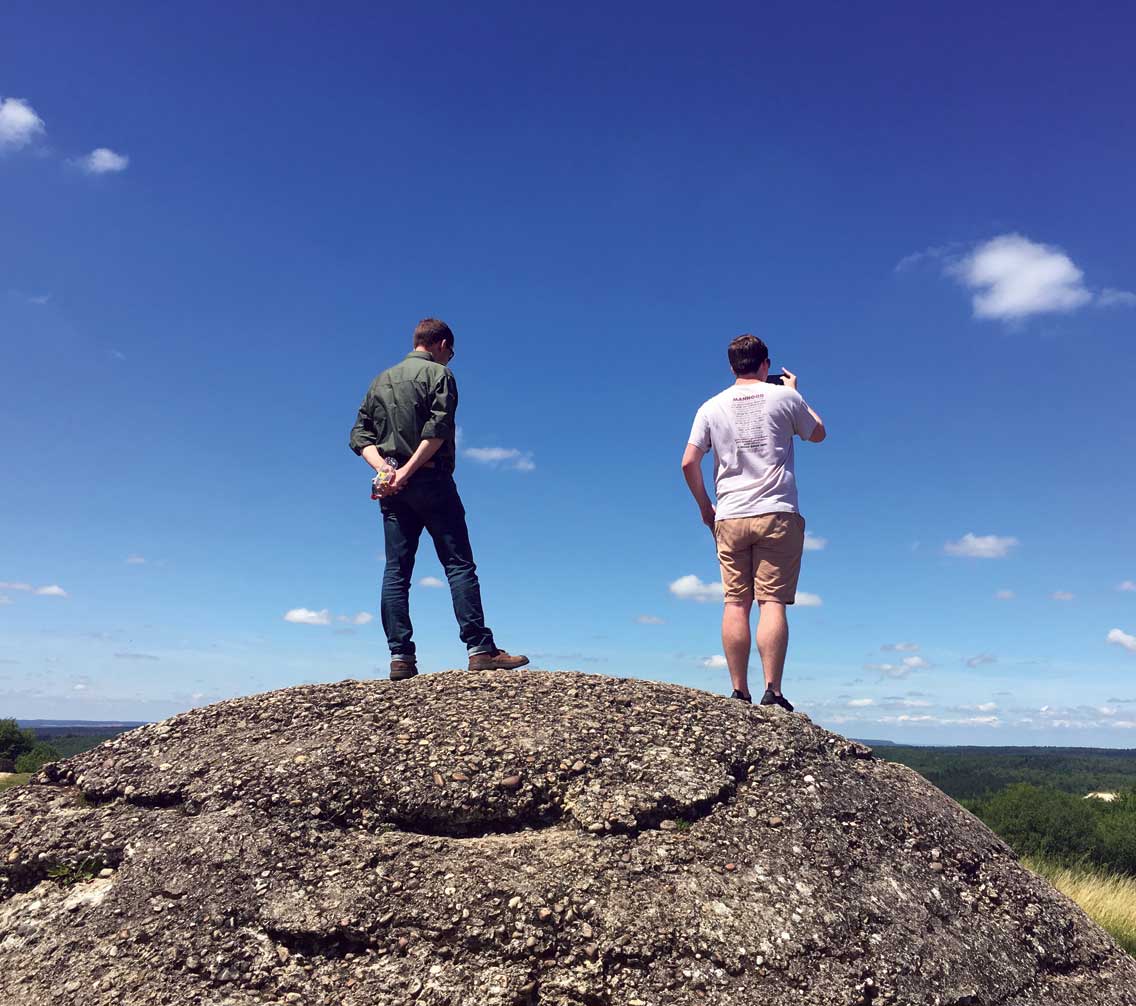 Duncan helped film a series about American soldiers who fought in the First World War. The job gave him the opportunity to visit a number of World War II battle sites as well, including Utah Beach, Omaha Beach, and Point du Hoc in Normandy. Duncan says, "It was an experience I'll cherish for years to come. I learned what goes on behind the scenes, giving me a new perspective on how TV shows are crafted and shot." On the right, Duncan and historian Martin K.A. Morgan look down on the Verdun battlefield, where more than 300,000 French and German soldiers were killed in 1916.