During his summer work, Wes developed a simulator platform for rapid testing of atmospheric instrumentation to be used on the Mars 2020 rover's descent vehicle. "While it was exciting to work on a project that would directly impact a Mars exploration mission," he says, "what impressed me most was the massive scope of the projects. NASA has an almost singular ability to direct the intellectual power of its tens of thousands of employees towards advancing human space exploration, and I was genuinely awed to be a part of it." On the right are Wes and the other NASA interns and fellows at Langley. 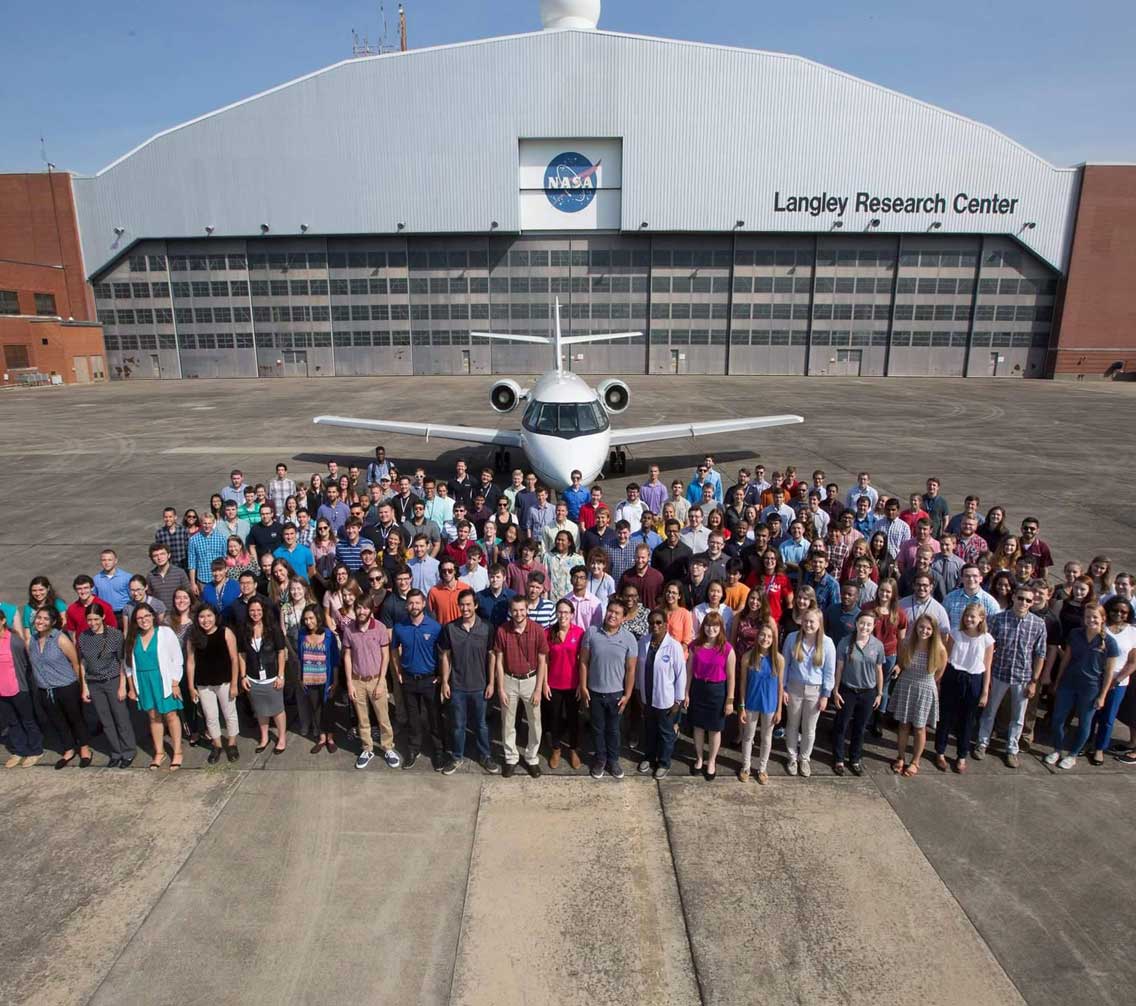