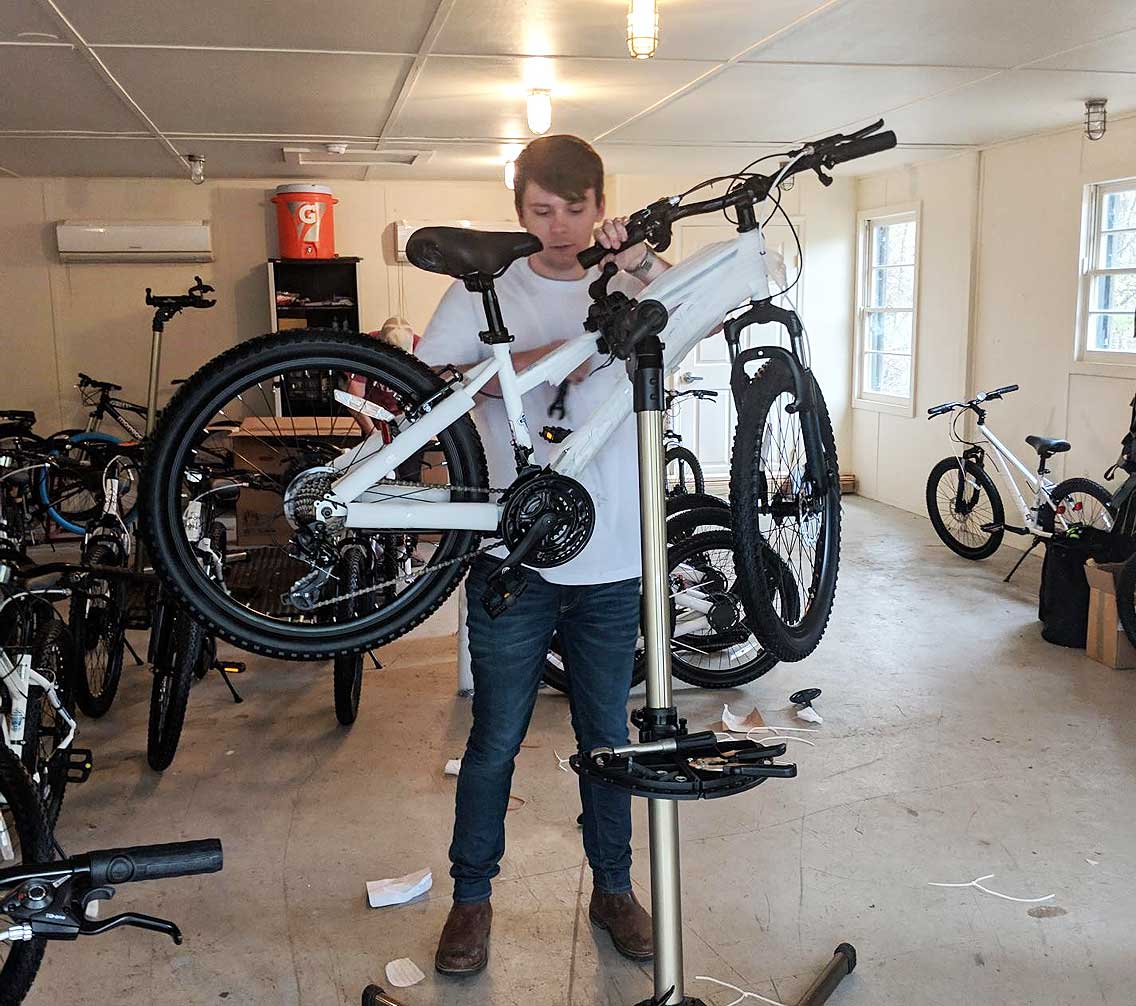 When biochemistry and molecular biology major Andrew Howell ’20 isn’t busy in class or the laboratory, the Hampden-Sydney College Cycling Club president is devising ways to empower the next generation of students in the Prince Edward County community.

"Middle school is a perfect place to start good habits in preparation for high school,” Andrew said, and summertime is a time for riding bikes, so he decided to use brand new bicycles as an incentive to develop responsibility, positive behavior, and strong study habits among students at Prince Edward County Middle School.

With Omicron Delta Kappa (ODK) honor fraternity’s help, he raised over $5,000 from the H-SC community to buy new bikes and helmets—24 of them. Andrew and his friends, David Fluharty ’19, Cycling Club vice president, and Hayden Gunn ‘19, ODK president, devised a program they named "Taking Flight"—with the help of Prince Edward County Middle School principal Thomas Foster—to reward middle school students with a voucher every time they successfully turned in their homework or were recognized for good behavior. Middle schoolers earned tickets from January to April, then entered them in a raffle drawing for a new bike at the end of the spring semester. In the end, twenty-four lucky (and hardworking) students—12 girls and 12 boys—took home brand new bikes and helmets, thanks to Andrew and the Hampden-Sydney community.

Hampden-Sydney’s Cycling Club is only a few years old, but they already have a lot going on, says Andrew. They ride on- and off-campus at least once a week—on roadways and on Hampden-Sydney’s Wilson Trail, and they perform regular trail maintenance on the Wilson Trail. With assistance from director of outdoor adventure  Scott Schmolesky, they plan to have a new bike rental program for Hampden-Sydney students up and running by next fall. The Cycling Club hopes these are the first among many more service projects in years to come.