One might assume there is nothing left to write about the French Revolution, but Elliott Professor of History Robert H. Blackman just spent 5 years proving otherwise. Cambridge University Press recently published his book, 1789: The French Revolution Begins in which Blackman reconstructs the most important debates and events in a comprehensive and accessible study of the first few months of the French Revolution. 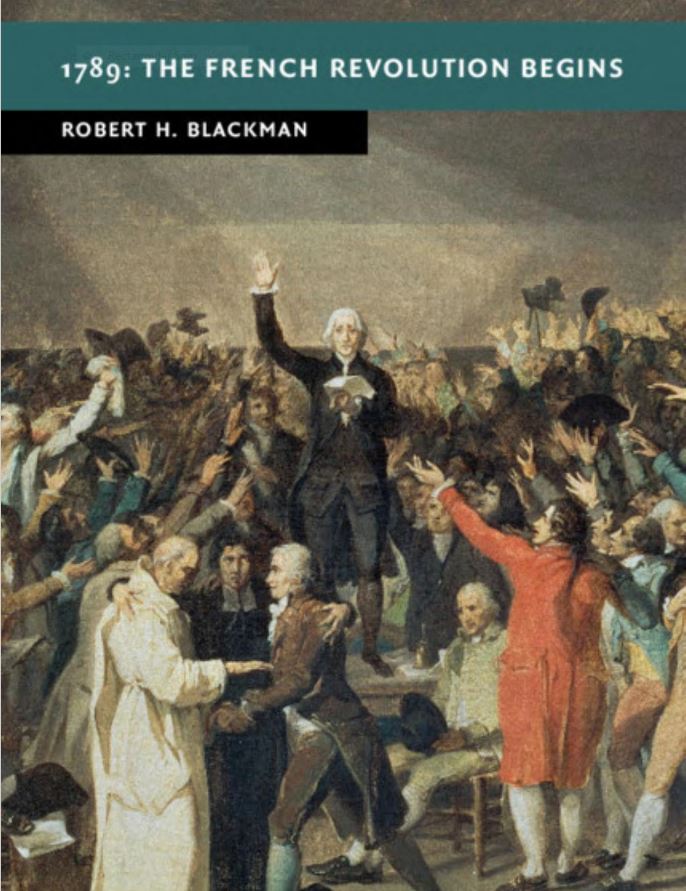 Though many historians have written excellent books on 1789 France, Blackman says he was frustrated that none of them covered the debates in the representative assemblies with sufficient detail or care. “I found that I had something to say that I just couldn't leave unsaid,” he admits. The French Revolution marks the beginning of modern politics, and his book is the first to really focus on the gradual transition of sovereignty from the king to the nation during that time. He reinterprets assumptions, debunks former arguments, and offers a fresh new understanding of the chaotic political transformation.

I'm very fortunate to work at Hampden-Sydney, a college that values teaching as much as it values faculty scholarship. We are all teacher-scholars here, and I wouldn't have it any other way.

Blackman says it is a dream come true having his book published by Cambridge University Press and is grateful to Hampden-Sydney College for its support of his research. The College granted him the sabbatical that got the project off the ground and funded his travel to France where he was able to draw upon previously underutilized sources including letters, eye-witness accounts, and diary entries. “I'm very fortunate to work at Hampden-Sydney, a college that values teaching as much as it values faculty scholarship,” he says. “We are all teacher-scholars here, and I wouldn't have it any other way.”

Since he arrived at the College in 2000, Blackman has been bringing his research into the classroom and presenting it at academic conferences. He says of his students at Hampden-Sydney, “Nothing helps an author sharpen his thoughts quite like the questions undergraduates ask—if you can't explain your ideas to a room full of bright young men, it's likely that you can't explain them to anyone.”

H-SC A Great College to Work For