A Mission to Give

Though he has often lived far from Hampden-Sydney, Chris Evans '68 has supported the College over the years. Now, after his last visit to the Hill in honor of his 50th reunion, he has made it official that he is including H-SC in his will. 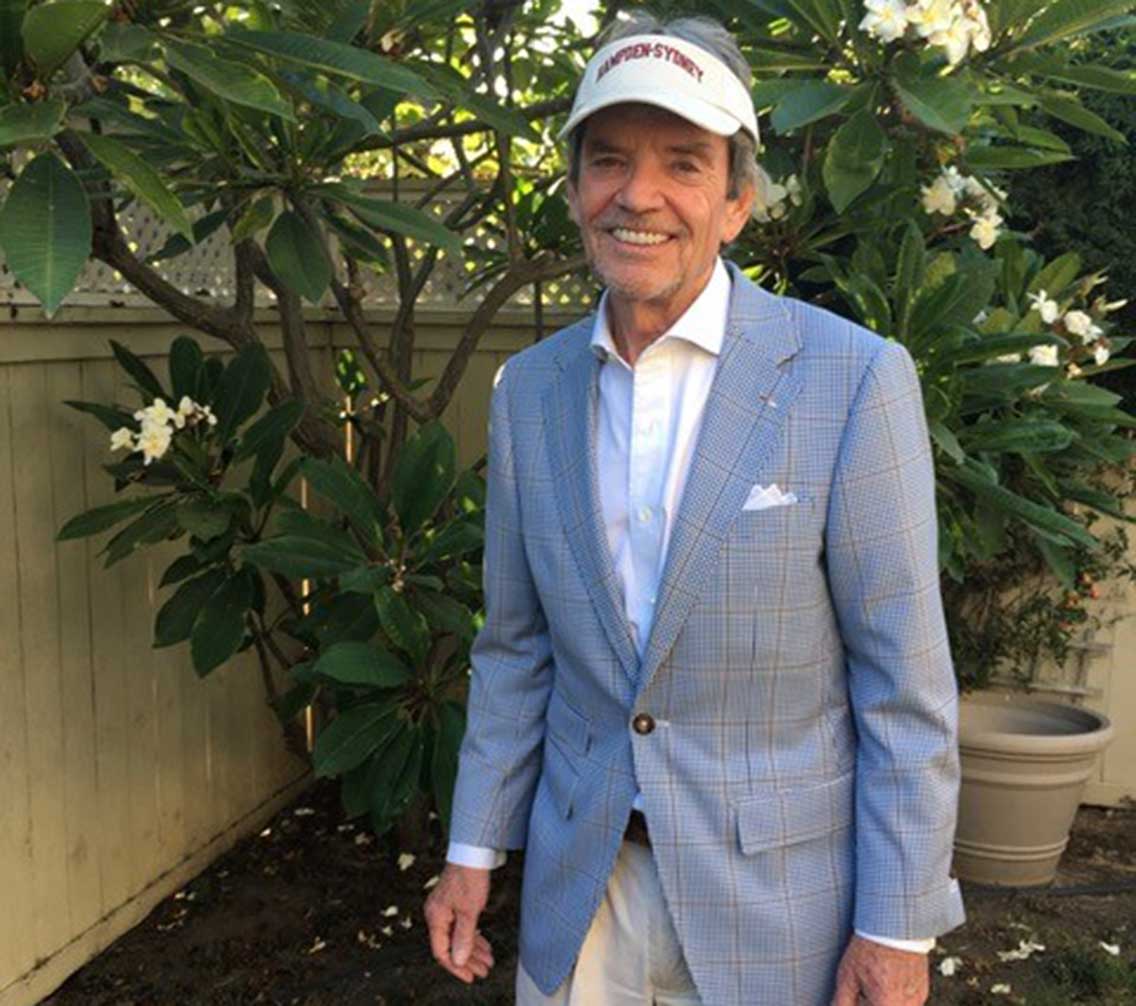 Few educational institutions boast alumni who ascribe to and uphold their alma mater’s mission statement decades after they graduate. But for Chris Evans ’68, Hampden-Sydney’s mission statement is as relevant today as it was in 1775 when the school was founded.

“Hampden-Sydney’s mission to ‘form good men and good citizens’ is an ideal that I continue to strive for to this day,” Evans says more than 50 years after graduating from the College.

Evans knew he wanted to attend Hampden-Sydney from an early age. “There really was no other choice in my mind—I was a legacy,” explains Evans, whose father Edward Evans graduated in 1938.

Evans has fond memories of his years at Hampden-Sydney: sporting a beanie as a freshman and “sounding off” to the upperclassman in the Commons, taking a pounding with water balloons made from dry cleaner bags while walking back to Venable Hall, enjoying football games on crisp fall weekends, being encouraged to read more by his chemistry professor, Dr. George Tyler Miller. “If we found three grammatical mistakes or misspelled words, he would give us extra credit. I still look for them and think of Dr. Miller,” he says with a chuckle.

A career in sales led him to the Alloy Division of International Nickel Company. Over the course of his successful career, Evans lived all over the United States and in Canada, ending up in California, where he remained after retiring from INCO in 2006. Now a consultant for a distributor, Evans also volunteers at the Children’s Hospital of Orange County.

“My father was a pediatrician with a family practice in Huntington, West Virginia, but he also volunteered much of his time in a pediatric clinic, treating patients who couldn’t afford medical care,” he explains. “Later in life, he would talk about how much the clinic meant to him. It struck me that one of the things he valued most, he gave away.”

Though he has often lived far from Hampden-Sydney, Evans has supported the College over the years with gifts to the Annual Fund. He and his family also maintain a scholarship fund established by his father in memory of his mother, Rebecca King Evans, who passed away in 1997. And anytime one of the athletic teams is in the southern California area, Evans is there “waving the flag.”

Hampden-Sydney is a special place—even more beautiful today than ever because it has been so well taken care of. When I pass through those gates, I marvel that in our world of celebrity and bigness, Hampden-Sydney College still exists. I hope it will forever.

Evans’s last visit to the Hill was in honor of his 50 th reunion. While on campus, Evans shared with Randy Reed ’82, director of planned giving at H-SC, that he has included Hampden-Sydney in his will. “I wrote the bequest years ago,” he says, “but I had never made it official by telling the College until then.”

“To whom much is given, much is expected,” Evans continues. “After taking care of family, I am leaving Hampden-Sydney a percentage of my estate. My hope is that with my gift, Hampden-Sydney will continue to promote diversity and inclusiveness within the student body. We all can benefit from listening to people who are different than we are.”

According to Evans, “Everyone who cares for Hampden-Sydney can—and should—include the College in their legacy in some way. Legacy gifts are key to having a robust endowment, thus enabling good students to attend Hampden-Sydney.”

Another motivation for making the College part of his legacy is Evans’s desire for Hampden-Sydney to exist for another 244 years, and beyond.

“Hampden-Sydney is a special place—even more beautiful today than ever because it has been so well taken care of,” says Evan. “When I pass through those gates, I marvel that in our world of celebrity and bigness, Hampden-Sydney College still exists. I hope it will forever.”