In commemoration of the founding of Hampden-Sydney College, former Congressman Robert Hurt ’91 shared his thoughts on Hampden-Sydney’s legacy, central Virginia’s role in our national history, and the importance of civil discourse in American society. 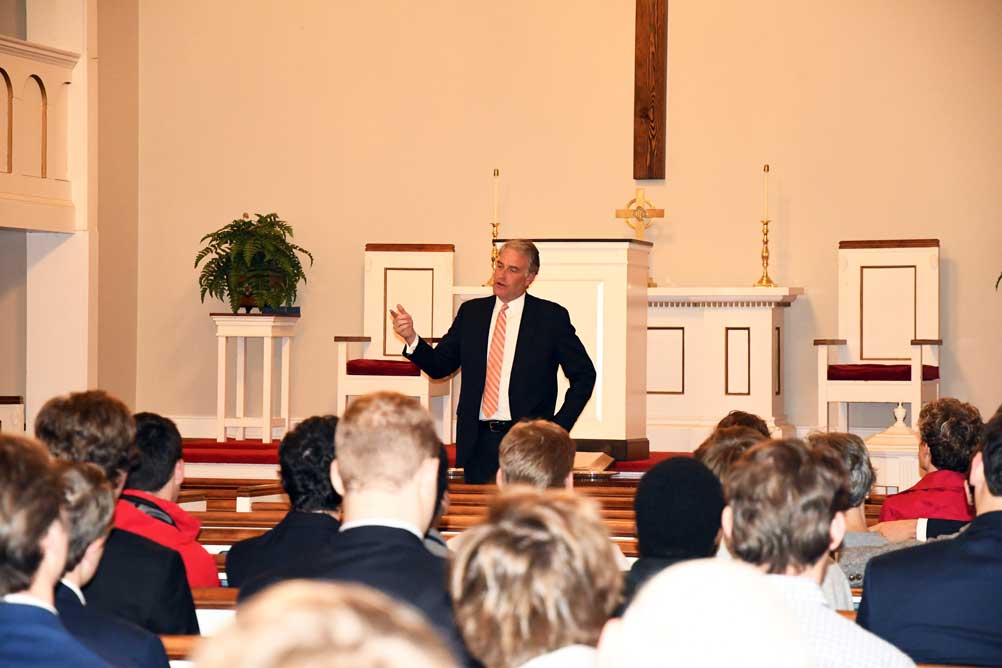 Hurt—who spent eight years in the U.S. House of Representatives, three years in the Virginia Senate, and six years in the Virginia House of Delegates—spoke extemporaneously to an audience of students, faculty and staff members, and friends of the College gathered in College Church on November 7 to celebrate Hampden-Sydney’s Founders Day. Hurt’s remarks spanned the creation of the College in 1775, the Virginia statesmen who helped shape American democracy, the local turmoil of the Civil War, and the pivotal role Prince Edward County played in the Civil Rights Movement. “In many ways, the history of central Virginia mirrors the history of America,” Hurt told Hampden-Sydney students, encouraging them to delve into the history that surrounds them at the College.

The evening ended with a time of questions and answers. Students asked Hurt about his legislative accomplishments as a Member of Congress, his advice for engaging in civil discourse with those who hold differing opinions, and his opinion on the importance of bipartisanship in Washington, DC. Hurt’s answers focused on preserving core beliefs while maintaining open dialogue, as well as finding areas of common ground with people regardless of political affiliation. 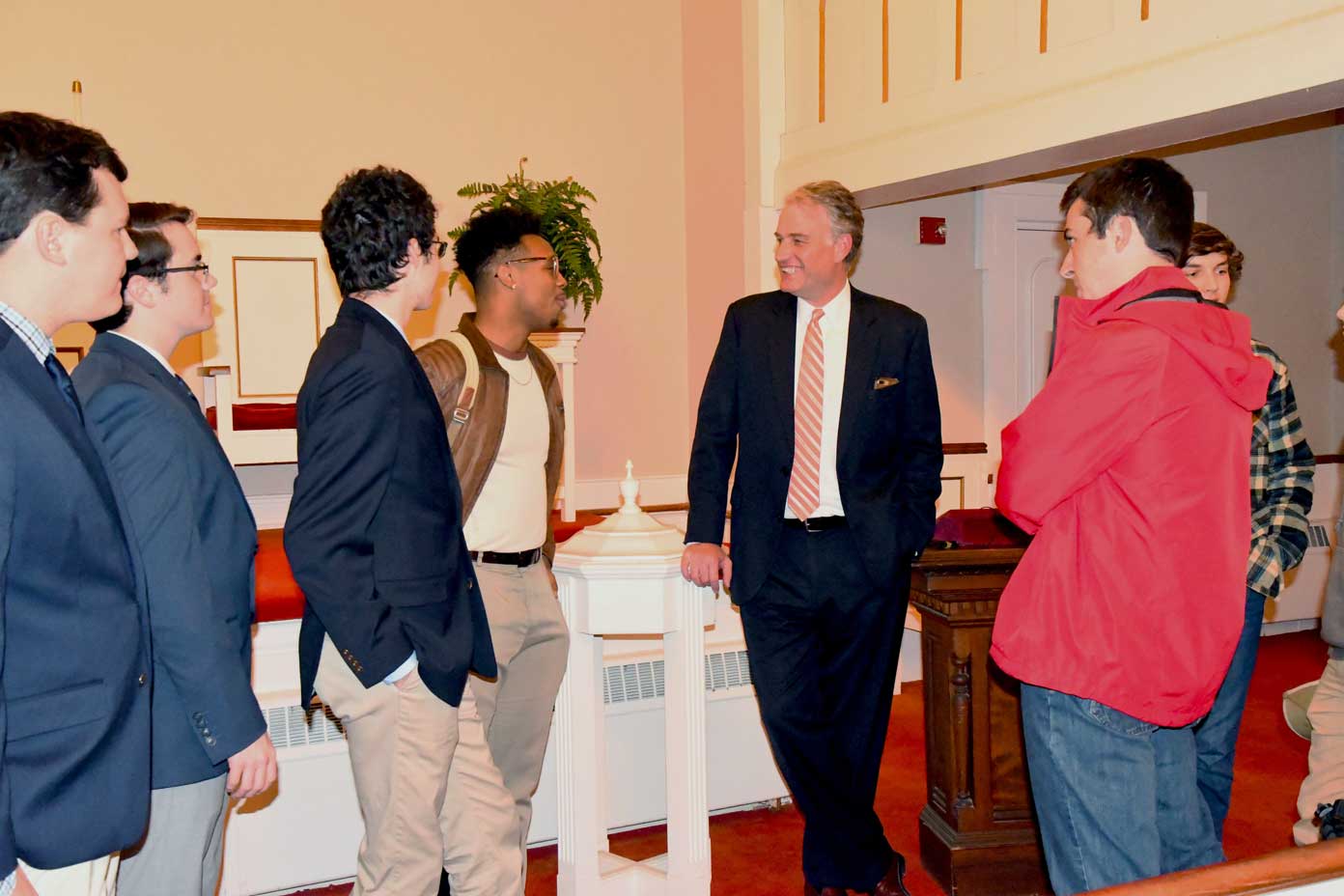 Responding to a student’s question about his favorite part of serving in Congress, Hurt spoke of his sense of awe and appreciation for the Capitol building itself. “The honor of being able to walk through the Capitol at any hour of the night, of being alone in the Rotunda thinking about what it represents, really sums up the honor of representing your fellow citizens,” Hurt said. “When you think about the statues in that hall—Washington, Jefferson, Lincoln, King—when you look at the paintings of the signing of the Declaration of Independence and scenes from the Revolutionary War, when you think about the fact that Civil War soldiers died on that very floor, when you think that literally and figuratively the two houses of Congress meet in that space,” Hurt said, “it’s an awesome thing.”

Wrapping up the evening, the former Congressman brought the conversation back to his native Virginia: “I loved serving in Washington, but I will tell you this: what I loved more than anything else were the people I represented.” Hurt has returned to his native Chatham and now serves as dean of the Helms School of Government at Liberty University.