Hampden-Sydney College announced today that it has received a $1.5 million gift from Bartow Morgan, Jr. '94 to endow a faculty position and support scholarship aid. Mr. Morgan, a current parent and trustee, made this gift in honor of Elliott Professor of Economics and Business Kenneth N. Townsend.

"When I was a junior at Hampden-Sydney, my father passed away," Mr. Morgan said. "I had nearly enough credits to graduate early, but I hadn't yet completed my senior-year economics courses. Dr. Townsend allowed me to remain on campus that summer and personally taught me Economics 401 and 402. Thanks to his compassion, I was able to finish my degree early and return home to Georgia to be with my family. His actions went beyond the call of duty, and I am eternally grateful to him for his selflessness and support during such a trying time." 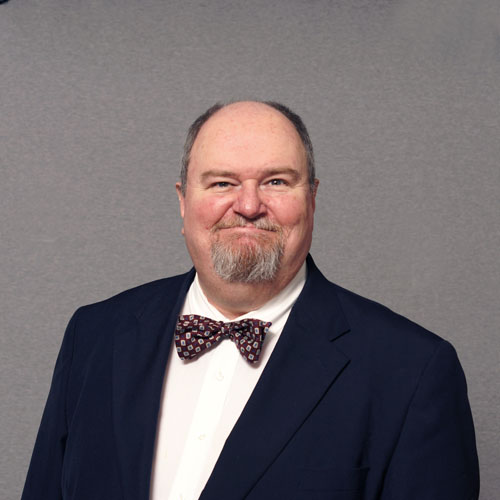 Dr. Townsend has been a professor in the Economics Department at Hampden-Sydney since 1980. In addition to teaching, he is a leader and mentor with the Society of 1791 student leadership organization, and was a member of the Hampden-Sydney Volunteer Fire Department for 25 years, serving as chief for much of his tenure. Ken and his wife, Patty, are active members of College Church, and Patty serves on the Student Affairs staff at Hampden-Sydney. Many College alumni also know Dr. Townsend as a passionate musician who graces the stage of many Hampden-Sydney events.

"The faculty are truly the lifeblood of the Hampden-Sydney community," Mr. Morgan continued. "Professors like Ken Townsend devote their careers to making the College such a supportive and transformative place for young men. I hope this professorship and scholarship endowment enable Ken and the College to continue shaping the legacy of Hampden-Sydney so that generations of students will continue to receive an outstanding education from extraordinary teachers."

Dr. Townsend received his B.A., M.S., and Ph.D. from Louisiana State University. His research expertise is in ecological economics, a field in which he has published many articles. Valuing the Earth: Economics, Ecology, Ethics, a 1993 book Dr. Townsend edited with the field's founder, Herman Daly, became a major success in its category for the MIT Press.

The scholarship portion of Mr. Morgan's gift supports the College's efforts to raise matching funds toward a $4 million challenge grant from the Carpenter Foundation for need-based financial aid. This is also a key priority of the College's recently launched endowment campaign. The goal of Possibilities Fulfilled: An Endowment Campaign for the Men of Hampden-Sydney is to raise $50 million to grow the College's endowment above $200 million over the next three years. More than $29 million has been contributed or pledged toward the campaign's goal to date.

"One of the chief priorities of Possibilities Fulfilled is to grow our scholarship endowment so that high achieving young men can have the opportunity to attend Hampden-Sydney College, regardless of their families' ability to pay," said Hampden-Sydney President Larry Stimpert. "Bartow's generosity will ensure that many young men are able to take advantage of the possibilities this College offers, and I know the entire community joins me in thanking him for this wonderful gift. And, the fact that Bartow's gift honors one of our students' favorite professors underscores the powerful and enduring relationships that develop between our faculty and the young men they teach and mentor."

Mr. Morgan is currently CEO of BrandBank and will join the management team and board of Renasant Bank. He and his wife, Leslie, have two sons, Bartow III '21, and Everett.