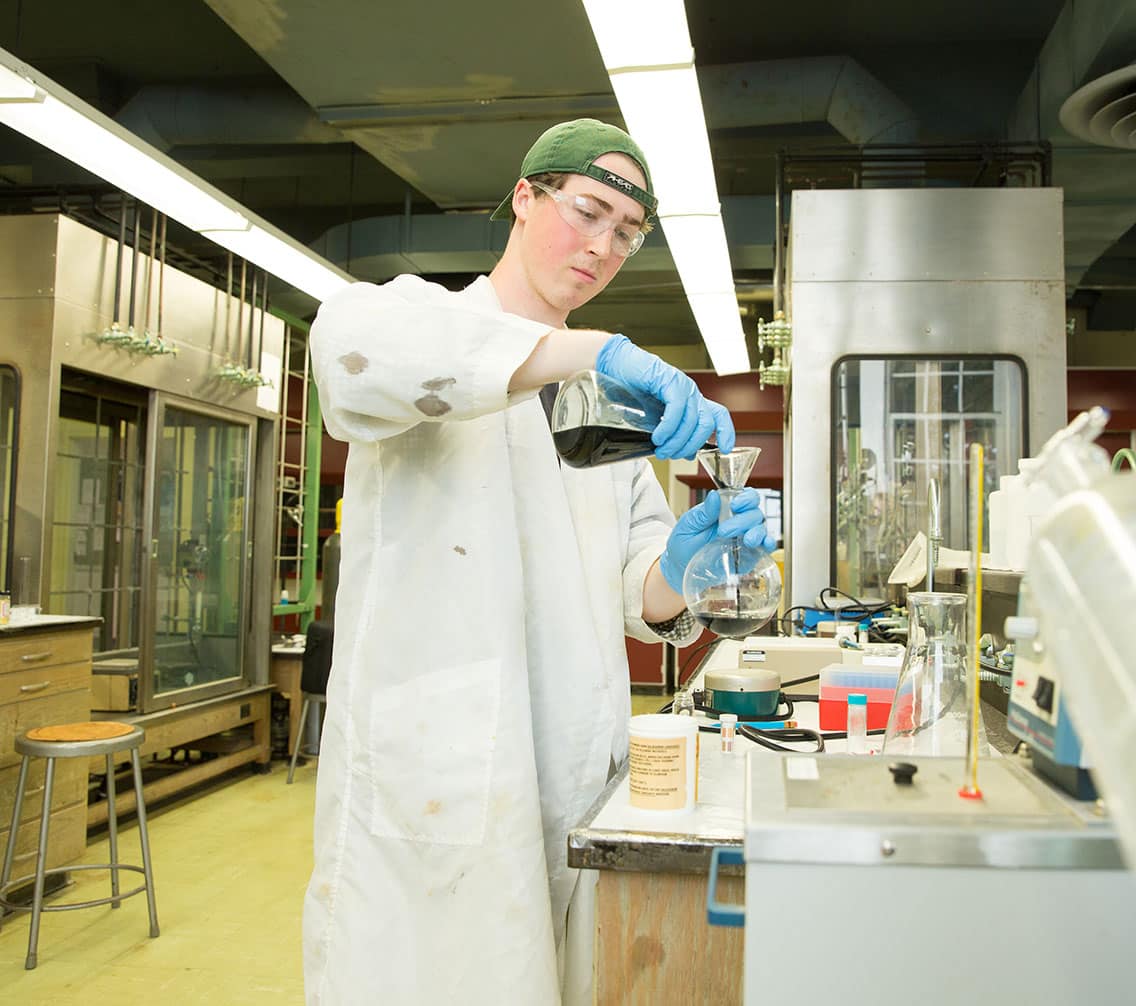 Charlie is Hampden-Sydney’s fifth Goldwater Scholar in history and fourth in the last six years. This also marks the second year in a row that an H-SC student has received the prestigious award.

In all, 496 Goldwater Scholars were chosen this year from a national field of candidates. Charlie is one of just 19 students from the Commonwealth to be named a Goldwater Scholar and one of only two Virginia recipients to hail from a small liberal arts college.

Professor Cristine Varholy, the College’s director of fellowship advising, attributes H-SC’s recent Goldwater success to the combination of research opportunities and liberal arts training that science students receive at Hampden-Sydney. “As applicants, our students are able to write persuasively about their dedication to research because they have actually done hands-on research in Gilmer Hall,” says Varholy. “With their liberal arts background and rhetoric training, they also possess a breadth of academic knowledge and writing skills that make them attractive candidates.”

I think the most important aspect of the honor is being branded as a home-grown Hampden-Sydney Goldwater Scholar. H-SC has landed four Goldwater Scholars over the past six years, which boosts the value of our beloved Hampden-Sydney education. It feels good to receive an honor that benefits not only myself, but also the entire school. 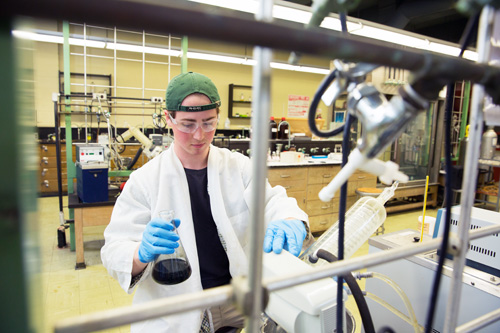 After he graduates from Hampden-Sydney, Charlie plans to pursue a Ph.D. in inorganic chemistry and enter the industry as a researcher focusing on material science. Hampden-Sydney’s previous Goldwater Scholars have gone on to doctoral programs at the University of Virginia, Georgetown University, and Northwestern University.

“As the most prestigious undergraduate research scholarship in the U.S. with a mean applicant GPA of 3.96, the Goldwater Scholarship adds a lot of value to a resume and a graduate school application,” Charlie notes. “However, I think the most important aspect of the honor is being branded as a home-grown Hampden-Sydney Goldwater Scholar. H-SC has landed four Goldwater Scholars over the past six years, which boosts the value of our beloved Hampden-Sydney education. It feels good to receive an honor that benefits not only myself, but also the entire school,” says Charlie. 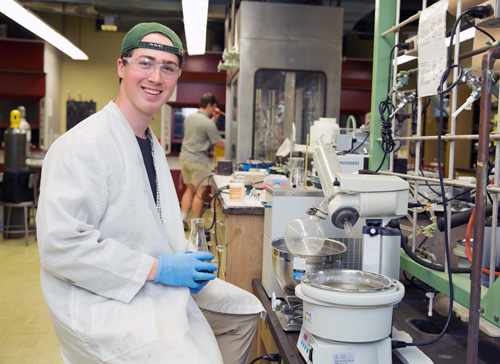 In addition to Deifel’s guidance in the articulation and research of his project, Charlie was assisted in the application process by Professors Kristian Hargadon ’01, Herb Sipe, Trey Thurman, and Varholy, as well as Stephanie Joynes, director of the Ferguson Career Center. Charlie is appreciative of all the support he received from across campus. “The entire interview board was so helpful,” he says. “I’m especially thankful to Dr. Varholy, who orchestrated my application start to finish—Hampden-Sydney owes much of our Goldwater success to her diligence and expertise—and Dr. Deifel and Dr. Paul Mueller, who pushed me to apply for the honor in the first place.”