Despite the uncertainty of an ongoing pandemic, 2020 featured many milestones at Hampden-Sydney College. 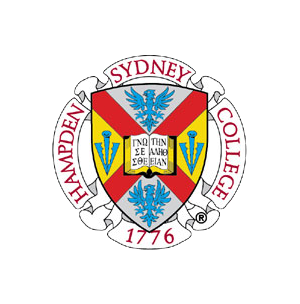 The College Announces Center for Public History, housed in the Pannill Center for Rhetoric and Communication.

H-SC Commits to Resuming On-Campus Instruction, convening as a community, and completing fall classes on campus under innovative “10-4” Semester Plan.

The Honorable Dr. John Hillen is announced as the new James C. Wheat Chair in Leadership.

Princeton Review Ranks H-SC Alumni Network No. 2, names Hampden-Sydney a 2020 Best Value College, and recognizes H-SC as a top college in the 2021 edition of its college guide,  The Best 386 Colleges, placing it among the nation’s best.

H-SC Is Named a “Best Value School” by U.S. News & World Report, placing among the top liberal arts colleges in the nation in the publication’s 2021 college rankings.

Construction of the Pauley Science Center Is Underway after the College received a gift of $30 million from Mr. Stanley F. Pauley via The Pauley Family Foundation in 2019.

The Ferguson Career Center Launches the Micro-Internship Program, its newest competitive advantage for students seeking to build their resumes.

The Hire a Tiger Resume Directory is Announced in a partnership between the Ferguson Career Center and Office of Alumni and Parent Engagement, connecting job-seeking students with alumni and the community.

Tyler Howerton ’21 Is Named One of 12 Finalists for the prestigious 2020 William V. Campbell Trophy Presented by Mazda.