On February 18, Hampden-Sydney College hosted a conversation about the historic closing of public schools in Prince Edward County and its continued significance both locally and nationally. 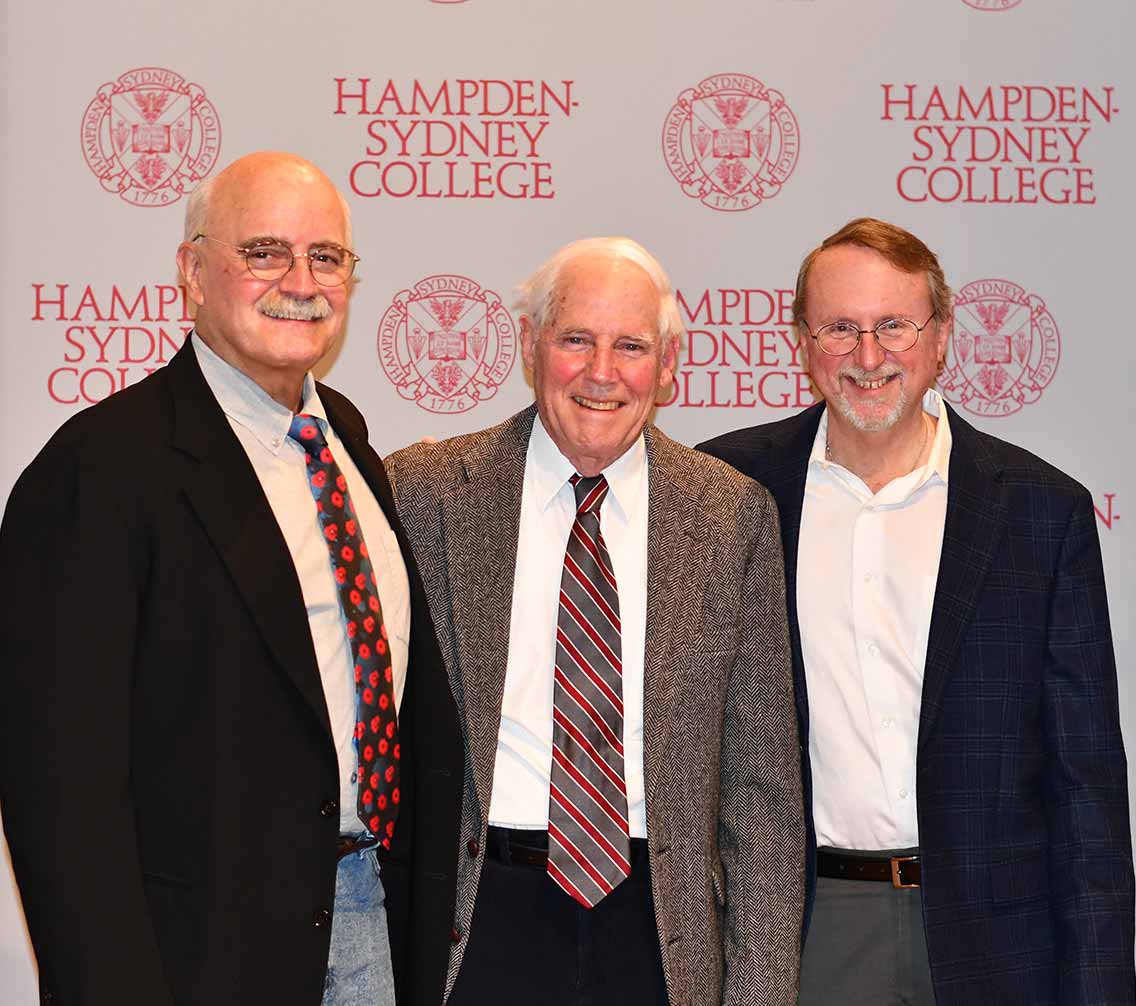 Sponsored by the College’s history department, “Reconciliation and Reparations: The Prince Edward Story” brought back to campus two Hampden-Sydney alumni who have tirelessly worked to document Prince Edward’s role in the civil rights movement, from the first student protest in 1951, to the closing of public schools in 1959, to the economic reparations approved by the Virginia General Assembly in 2004. A cross section of area residents, Hampden-Sydney students, and College faculty and staff members gathered in Crawley Forum to hear remarks from documentarian and photographer Brian Grogan ’73 and former newspaper editor and activist Ken Woodley ’79, both of whom have recently published books on the topic.

A history major while at Hampden-Sydney, Grogan offered an engaging historical overview of Prince Edward County with a focus on five years of shuttered schools and the immediate aftermath in the local community. Woodley, who earned his degree in English at H-SC, presented an impassioned and highly personal plea for the ongoing work toward lasting reconciliation in both Prince Edward County and the nation at large. The two alumni were introduced by Dr. Ronald Heinemann, Squires Professor Emeritus of History at the College.

Grogan is co-editor of A Little Child Shall Lead Them, an anthology of primary sources that spans a century of race relations in the region, as well as producer of They Closed Our Schools, a documentary film project still in production. The 60 documents assembled in Grogan’s book include personal letters, legal cases, and even newspaper editorials, and the collection presents all political and racial perspectives, from those calling for the school closure to those most affected by the closings—some 3,000 local students denied an education.

Speaking from the perspective of a photographer and a documentarian, Grogan meticulously laid the groundwork leading up to the school closure and the eventual reopening five years later. “In writing and recounting history, it is far too easy in the grand sweep of events to lose sight of individual stories,” said Grogan, who interwove the historical scope of the Prince Edward events with stories of individual trial and triumph.

The Prince Edward story may begin in darkness, but the ongoing arc of this story is a movement from darkness toward light. 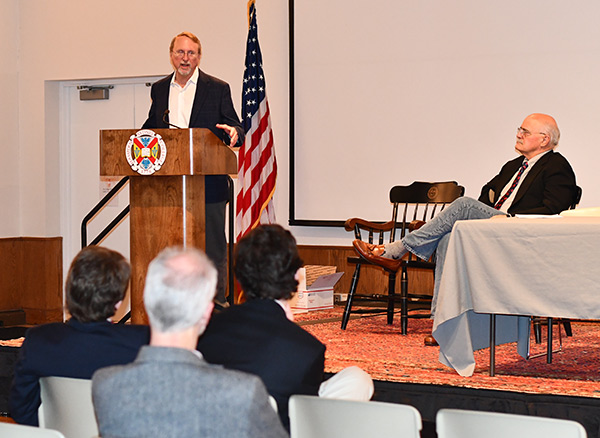 In his former position as editor of the Farmville Herald, Ken Woodley became an outspoken advocate for righting the wrongs perpetuated by the lack of public education in Prince Edward County, supporting successful efforts to turn Farmville’s old Moton High School into a civil rights museum and to establish state-funded scholarships for those whose educations were disrupted and, in many cases, terminated by the school closings.

Recounting his own experience unraveling the racial history of the community he worked in, Woodley said that the world changed for him one afternoon in the rare book room at Longwood University. “My life found purpose,” he said of his first perusal of a historical account of the school closings. “Whatever skill I had as a writer, I knew I was in the community that needed it.” Much later, his idea for meaningful reparations—ones that would actually repair what had been broken by the school closings—eventually led to state-funded scholarship monies for victims, their children, and their grandchildren to have “not just a piece of paper, but an actual education—the very thing that had been stolen from them.” Woodley’s book, The Road to Healing, documents those and other efforts to provide lasting reconciliation.

Both Grogan and Woodley call the Prince Edward events not just a local story, but an American story—one that, despite creating the blue print of non-violent protest for the eventual civil rights movement, is often forgotten in history books of the era. “The events of Prince Edward began years before the commonly defined period of the civil rights movement and continued for years after the death of Dr. Martin Luther King, Jr.,” Grogan explained, “yet have often been forgotten in history books of the era.” Efforts by writers and documentarians like Woodley and Grogan, however, seek to remedy that exclusion by sharing the Prince Edward story with a national audience.

As Woodley noted near the conclusion of his remarks, “The Prince Edward story may begin in darkness, but the ongoing arc of this story is a movement from darkness toward light.” 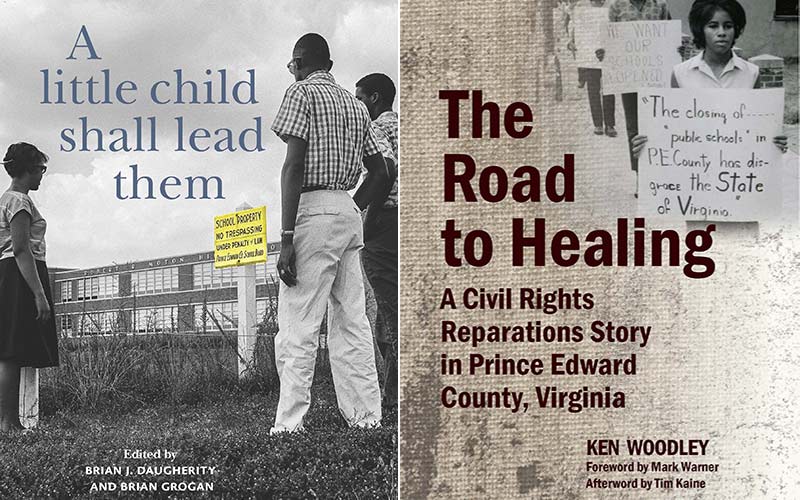 Read “Writing a Wrong,” Dr. Ronald Heinemann’s review of The Road to Healing and A Little Child Shall Lead Them from the Fall 2019 issue of the Record.