Celebrating the Class of 2021

The Hampden-Sydney College community gathered on Venable lawn on May 8, 2021 to celebrate the accomplishments of the 213 members of the College’s Class of 2021. 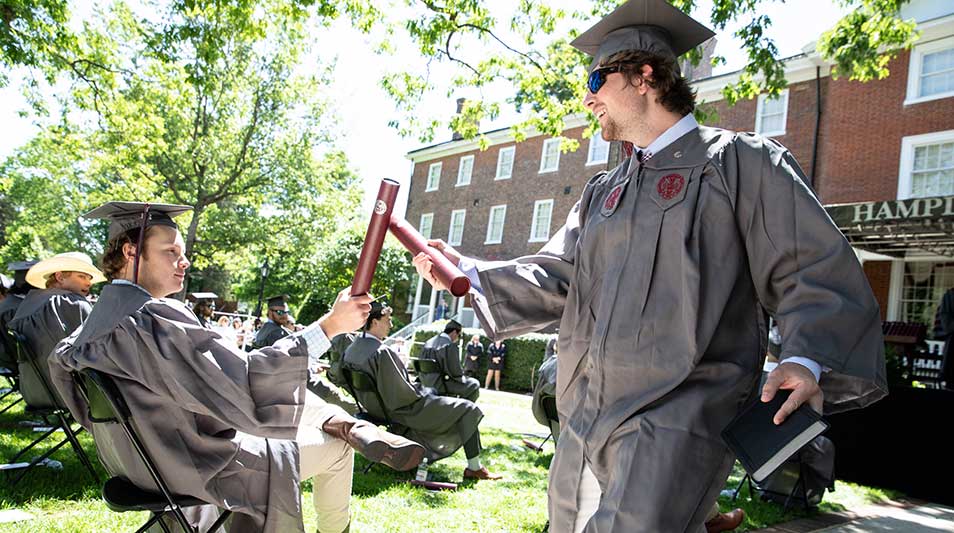 Under a blue sky and towering oak trees, the Hampden-Sydney community gathered on Venable lawn on May 8, 2021 to celebrate the accomplishments of the 213 members of the College’s Class of 2021 and  welcome these extraordinary young men into the nation’s No. 2 alumni network.

In addition to President Larry Stimpert, who greeted the assembled guests and delivered a charge to the new alumni, the ceremony’s speakers included two first honor graduates – Kenneth James Kratz ’21 and James Tyler Howerton ’21, both of whom delivered valedictory addresses – and Chris Stirewalt ’97, political commentator and author.

President Stimpert reminded the graduates about the incredible responsibility they have to harness the knowledge and lessons gleaned from their Hampden-Sydney experiences. “Days like this invite hyperbole, but I don’t think it is an exaggeration to say that you will determine the future of our country and our society,” he said. “Over the last four years, you have experienced a model of a more perfect 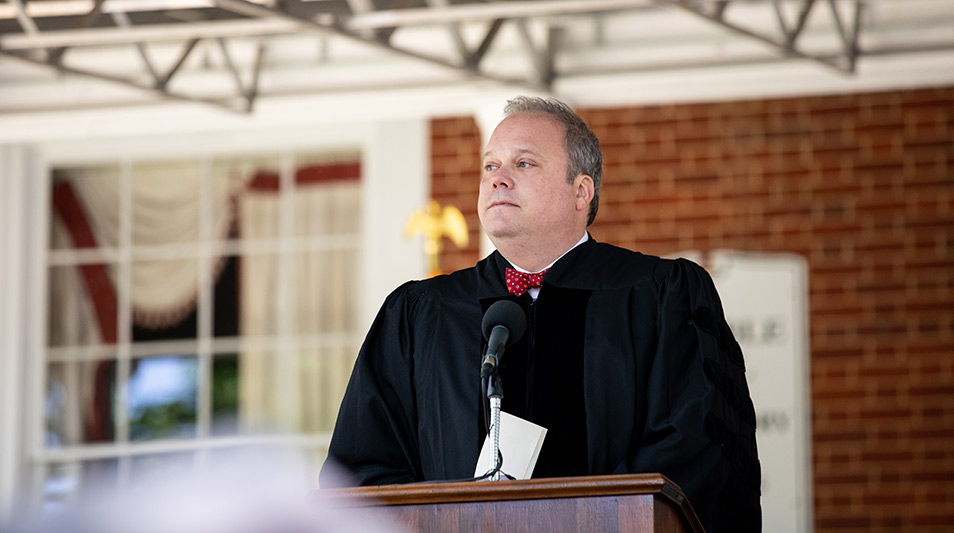 union—the Hampden-Sydney brotherhood. And, we have equipped you with the competence and habits of mind to take that model and apply it to the important work of securing our country’s future, expanding the blessings of liberty, and strengthening representative government.”

In his commencement remarks, Stirewalt – a resident fellow at the American Enterprise Institute and the former political editor of Fox News Channel – emphasized the importance of always doing the right thing, no matter what, assuring the assembled guests that “we will always be shocked and exhausted by the challenges that confront us.”

“You will always face challenging times, it will always be hard for this country, and you should do the right thing anyway,” he said, adding that “sometimes, a bad thing might happen to you for doing the right thing.” And in that case? “Do it anyway.”

You will always face challenging times, it will always be hard for this country, and you should do the right thing anyway.

One of two valedictorians, James Tyler Howerton ’21 was also the 2021 recipient of the Gammon Cup, awarded to the student-athlete in the graduating class who has best served the College. In addition to being the first H-SC Physics major to receive the Goldwater Scholarship, which is the nation’s top honor for undergraduates in the STEM fields, Tyler – a Tiger football captain and Academic All-American – was the College’s first-ever finalist for the William V. Campbell Trophy, college football’s premier scholar-athlete award.

The Anna Carrington Harrison Award, given to the student who shows the most constructive leadership in a school year, was awarded to Tyler Paul Puhlick ’21, a government major, environmental studies minor, head resident advisor, member of Theta Chi fraternity, Society of 1791 graduate, and Omicron Delta Kappa inductee.

The Samuel S. Jones Phi Beta Kappa Award, which recognizes intellectual excellence as manifested in outstanding student research, was awarded to Bjore S. Samard ’21 for his project titled “Against Mandatory Voting: The Moral Existence of a Right Not to Vote in the United States,” completed under the supervision of Dr. Patrick Wilson, Professor of Philosophy.

The Algernon Sydney Sullivan Medallion, which honors students and friends of the College for character and service to Hampden-Sydney, was awarded to one member of the Class of 2021 and two staff members: 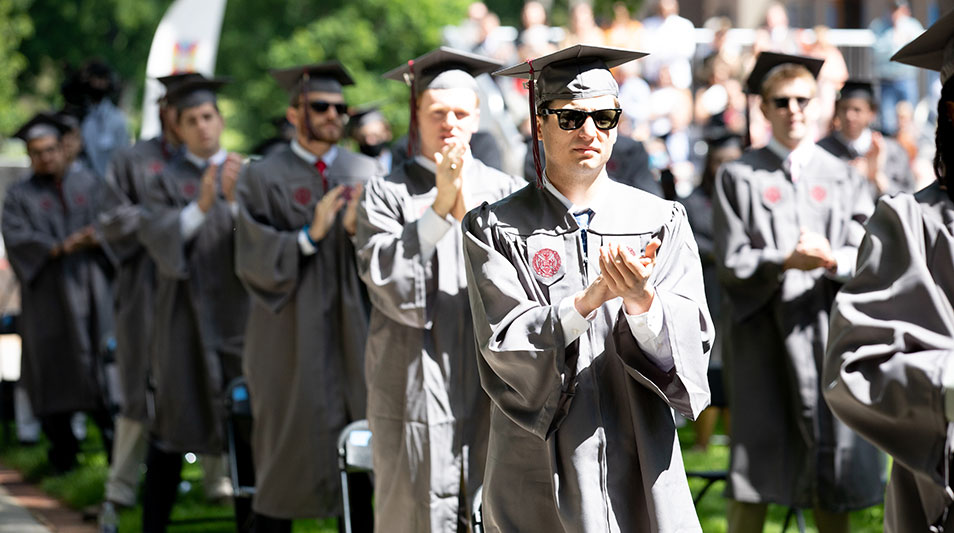 The Cabell Award, given annually to a faculty member in recognition of outstanding classroom contribution to the education of Christian young men, was awarded to Associate Professor of Fine Arts Helena K. W. von Rueden.

The Thomas Edward Crawley Award, which is awarded to a professor "most distinguished for devoted service to the ideals of Hampden-Sydney and the education of her sons," was given to Associate Professor of History James W. Frusetta.

Philip Michael Pullen ’21, the 2020-21 student body president, presented the Senior Class Award to Associate Professor of Government & Foreign Affairs Warner Winborne ’88. The award is given to a member of the College’s faculty, administration, or staff who in the eyes of the Class members has contributed during their four years most significantly to the College, its students, and the community.

Two members of the Class of 2021 were commissioned as officers in the United States Army: Riley Reed Carrigan ’21 and Douglas Philip Mendoza ’21.