Ferguson to Lead Admissions at Longwood

Hampden-Sydney College announced today that after more than two decades of devoted service, Dean of Admission Jason Ferguson ’96 will soon be moving across town to lead the admission operation at his other alma mater, Longwood University. 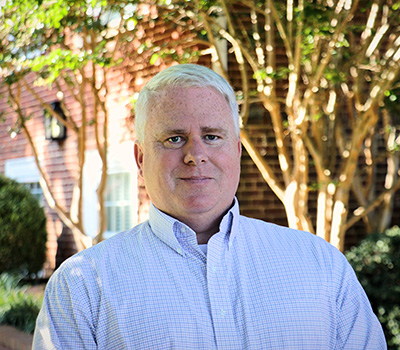 “While we are saddened to lose Ferg as a colleague, we are thrilled at this professional step forward for him and heartened that he and his family will be remaining in the area,” said Vice President for Enrollment Jeff Norris.

Ferg’s transition comes as the members of his final recruited class begin their Hampden-Sydney journey. The incoming Class of 2026 represents a remarkable achievement for the H-SC admission team led by Ferg and Vice President Norris. Even amidst lingering pandemic-era pressures, the incoming class represents a 27 percent increase in headcount over the previous three years while being one of the most selective and diverse in the College’s history, with increases in selectivity, geographic representation, and top scholars. This final achievement, coupled with his incredible 23-year legacy with retired Dean of Admissions Anita Garland and three years alongside Norris, positions Ferg to immediately begin making a positive impact at Longwood.

“As much as it pains me to leave a place I will always consider home, I felt called to expand my breadth of professional experience as this opportunity came calling,” Ferg said. “And after an incredible career at Hampden-Sydney, I am excited about this new challenge and know that H-SC is left in good hands. There are so many people to whom I am grateful, from my longtime mentor Anita Garland and my more recent colleague and friend Jeff Norris, to our admission team, past and present, and ultimately to the countless high school students who were willing to listen to this Georgia boy and are now Hampden-Sydney men—and my brothers and lifelong friends. And after many football Saturdays spent recruiting the next generation of Hampden-Sydney men, I’m excited to cheer on the Garnet and Grey from the Founders Lot this fall as just another grateful, passionate, and loyal Tiger.”

Across campus and the extended Hampden-Sydney community, Ferg is known as an incredible partner, a well of institutional knowledge, and the prime example of a good man and good citizen. His reputation extends into the Farmville community, of which he’s long been an active member. Ferg received his master of science in community and college counseling from Longwood in 2012.

“We are supremely grateful to Ferg for his dedicated service to Hampden-Sydney College,” said President Larry Stimpert. “Longwood will no doubt benefit from his character, leadership abilities, and kindness. Please join us in congratulating him and wishing him the best on this next step in his professional journey.”

The community is invited to attend a celebration of Ferg’s service to the College on Tuesday, August 30 from 4:00 to 6:00 PM in the Chairman’s Room of Pannill Commons.

The College will immediately launch a national search for the dean of admission role.