With the completion of the spring 2021 semester, Hampden-Sydney College celebrated its first Compass Program finisher Nate Joyner ’23 by awarding him the inaugural compass. 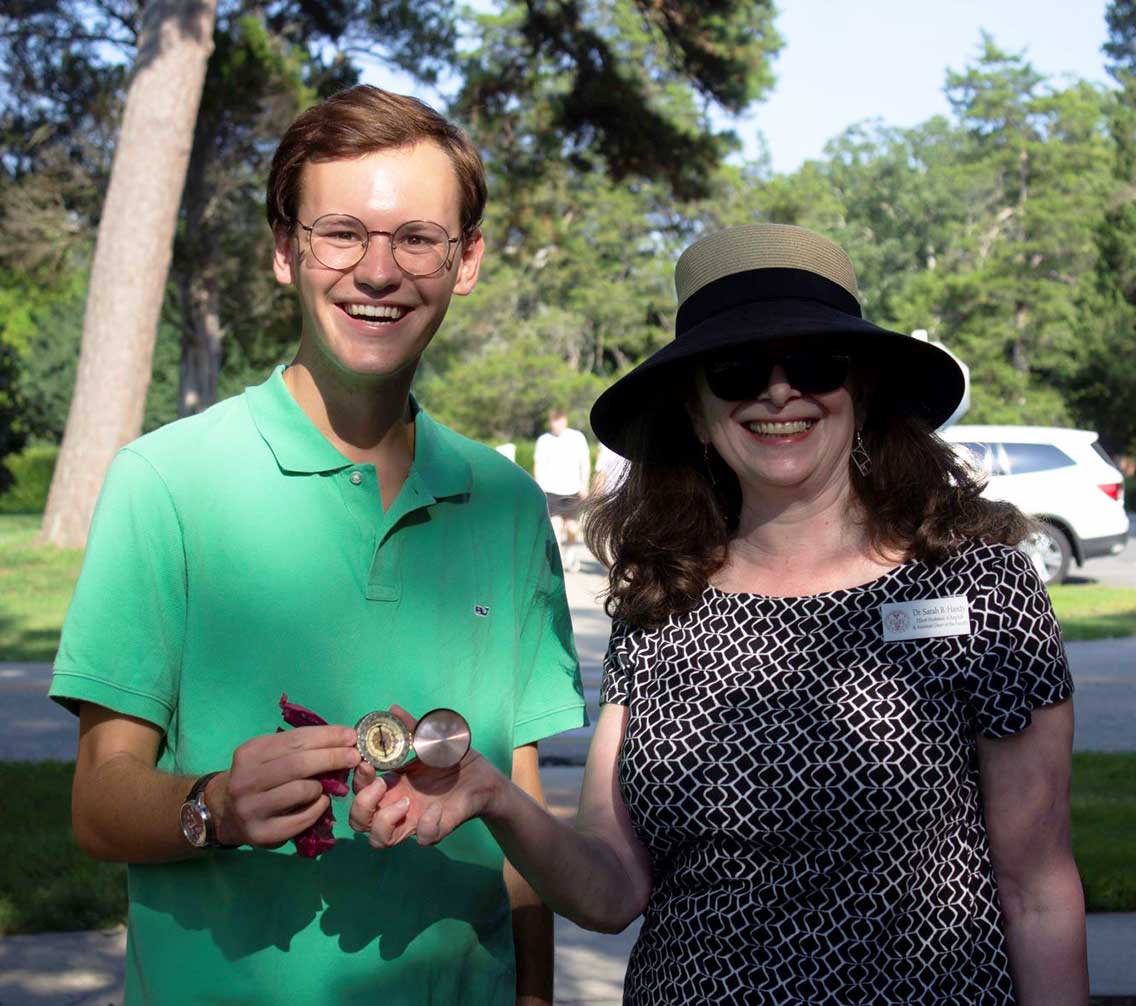 Launched in 2019, the Compass experiential learning program guides students through its immersive, engaging learning environment while cultivating strong relationships between students, faculty and the subject matter.

“Nathan is one of those students I will never forget!” says Associate Professor of Modern Languages Jana DeJong. “His curiosity, sense of humor, and high level of engagement, whether in Spanish language class or in the Model OAS Inter-American Relations class was contagious. I really enjoyed having him in class and appreciated his sharp wit and thoughtful contributions.”

While the framework of the program requires that every student must complete three experiential learning courses with one of those courses including a significant off-campus component, Nate explains that it was easy to complete because he simply took courses that sounded most interesting to him. These courses coincided with his personal interest in the government and his future career opportunities. During his exploration of the Compass Program, Nate took Model Organization of American States, Intro to Public History, and Global Culture Simulation.

I’m definitely one of those people who learns by doing, and the opportunity to interact as if I were part of the Ming Empire of China or actually put together a museum exhibit was better than just learning about those topics in theory.

Elliott Associate Professor of History Eric Dinmore, who taught Nate’s Global Culture Simulation course says, “Nate began his Compass journey in my experiential section of Global Cultures 103, a course that allowed him to demonstrate his interests in government and theatre. The class featured a historical simulation game from the Reacting to the Past series, Confucianism and the Succession Crisis of the Wanli Emperor, 1587, in which students role-played as scholar-officials amid a looming governmental crisis in the late Ming Dynasty. Nate turned out a memorable performance as a Confucian "purist" who demanded bureaucratic moral responsibility in the realm and a strict, traditionalist interpretation of the Analects of Confucius—I remember his delivery to this day.”

Reflecting on his experience in Dr. Dinmore’s class, Nate says, “I’m definitely one of those people who learns by doing, and the opportunity to interact as if I were part of the Ming Empire of China or actually put together a museum exhibit was better than just learning about those topics in theory.”

Compass courses have included internships all over the country, semesters studying abroad, community service in local areas, research opportunities, and more. As the first student to complete the program, Nate offers this piece of advice to students: “Take the classes that sound interesting to you. You’re going to get more out of the experience, and the professor is going to have more fun and be able to give you more if you’re actually interested and want to be there.”