Hampden-Sydney recently wrapped up its summer research program with the largest-ever group of researchers covering an array of disciplines from biology and chemistry to theatre and philosophy. 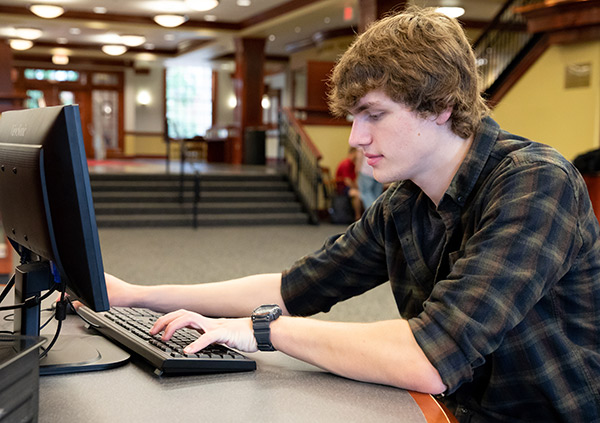 Hampden-Sydney wrapped up its summer research program on Tuesday, August 31, with a series of oral and poster presentations from participating students. This year’s group of 42 scholars was the largest-ever group of summer researchers, and they covered an array of disciplines from biology and chemistry to theatre and philosophy.

Working with Director of Undergraduate Research Mike Wolyniak, aspiring dentist Jacob Siler ’23 explored how lifestyle factors impact one’s risk of periodontal disease. “Doing research at Hampden-Sydney College this summer was an amazing opportunity,” Jacob says. “Dr. Wolyniak was a great resource as he gave me the autonomy to run the experiment. This ownership greatly expanded what I was able to learn.”

For his project, Cooper Boyles ’23 was inspired by the work of the late Emeritus English Professor Hassell Simpson in his book Hampden-Sydney Stage: Theater at the College, 1786-2002. Cooper’s project—titled “ Tigers in the Theatre:  Updating Professor Simpson’s Hampden-Sydney Stage”—built upon Simpson’s work of archiving theatre at H-SC. “As a history and theatre major, the work combined both of my paths of interest,” Cooper says. “It’s work that deserves to be continued and updated.”

Independent research is vital to the undergraduate student experience. Given the real-world experience it provides as well as the opportunity for students to dive deeper into their chosen fields, student research helps to form well-rounded scholars. Hampden-Sydney is thrilled to see so many of its students taking advantage of research opportunities during their time on the Hill.

Doing research at Hampden-Sydney College this summer was an amazing opportunity. Dr. Wolyniak was a great resource as he gave me the autonomy to run the experiment. This ownership greatly expanded what I was able to learn. 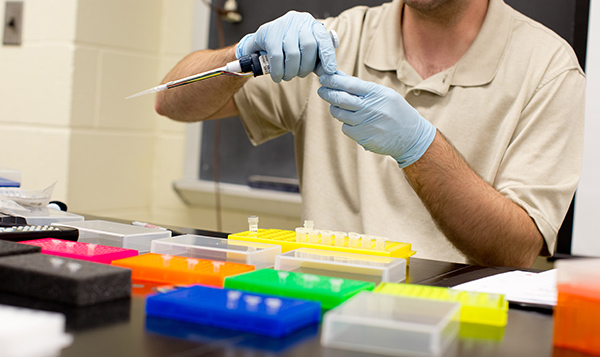 Zachary Mace ’23- A Production of Disruption: An Analysis of Shakespeare’s  Twelfth Night on the Stage

Ryan Scott ’23- To Uproot or Plant: Christianity’s Relationship to Judaism in the Proto-Orthodox Church

Lucio Chavez ’22-The Ideal Political Candidate from the Leadership Perspective

Jake Beavers ’23-The Effect of Urban Development on Biodiversity

Martin Eschman ’24-Studying the Effects of Power on Moral Thinking

Mark Hurst ’24-Timbre and the Physchophysical Relationship of Sound

Tobias Konieczka ’22-The Isolation and Characterization of Novel Bacteriophages

Coleman Meadows ’22-Differences in Prejudices Regarding Gay Youth and Adults

Andrew Rehak ’23-Synthesis and Application of Naphthaldehyde-Derived, FRET-Based Probes for the Detection of Heavy Transition Metal Ions in Aqueous Environments