Hampden-Sydney bids farewell to five dedicated professors whose combined 161 years of service does not compare to the impact they leave behind. 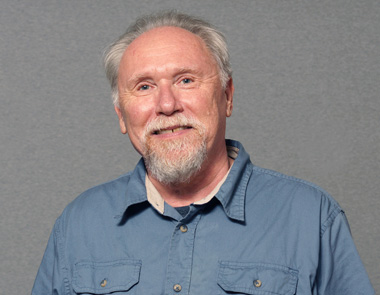 Years ago, Dr. Mueller has said, he took up the mantra of "I teach Organic Chemistry as a process." And in the classroom, he used a method called POGIL: “a group-based guided inquiry learning method that encourages and facilitates students' development of the ‘process skills’ of analytical thinking, problem solving, critical reading, communication, time management, and metacognition.”

A longtime member of Hampden-Sydney’s Chemistry Department, Dr. Mueller took particular pride in his research, which was often collaborative in nature. The many projects he has pursued with his students include explorations of the intersection of art and chemistry. Another explored new methods for making aniline dyes and a project testing ceramic glazes for their susceptibility to leach metals ions. He and his students also worked with Assistant Professor of Biology Kristen Fischer on projects creating materials that can be explored as scaffolds or as enhancements for cell cultures in tissue engineering studies.

Lessons learned: As I matured, the process I found more important and rewarding was the process of teaching students how to learn not just about a complex discipline but also about themselves and how they learn. I have learned to pay more attention to teaching my students than to merely teaching my subject. 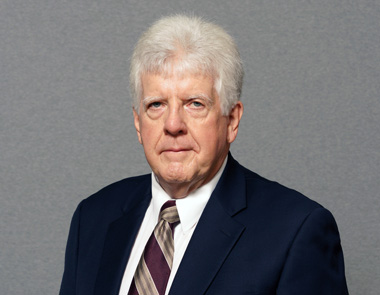 Dr. Pontuso’s approach to teaching was guided by the belief that “students come first.” He loves making students wonder or discover something—and his combination of knowledge and humor meant that he and his classes were known for being entertaining, yet demanding.

Pontuso has authored or edited seven books and published more than one-hundred articles, reviews, and essays. His latest book, “Nature's Virtue,” was published by St. Augustine's Press in 2019.  He has taught or lectured in a dozen countries including as John Adams Fellow at the University of London, Fulbright scholar Czech Republic, and visiting Professor at the American University of Iraq - Sulaimani.

In a 2019 interview, Pontuso reflected on the College: “Hampden-Sydney is a special place. We get to work with the sweetest students, and we get to teach them to grapple with and understand the notion of being good.”

Lessons learned: Not too nice

Favorite memory: One semester there was 37 cents on the desk in the front of the room (323 Morton) where the lectern sits. It appeared about three weeks into the semester. No one took the money. It never disappeared. Even during the final the 37 cents sat on the desk, a silent testament to the honesty, character, and honor of Hampden-Sydney men.

Despite the fact that there is no art history program or architectural society at the College, Prevo is an architectural historian and saw several of her students go on to get degrees in architecture, many of whom are now practicing architects. She was instrumental in helping them move toward their careers in architecture.

Prevo has found it especially rewarding to get postcards or emails from students when they see something while travelling that they learned about in one of her classes.

Greatest accomplishment: I think it is being involved in the renovation of Brinkley Hall (formerly Winston) and curating The Gallery for the last five years.

Favorite memory: I will never forget the privilege of having my office next to the choral rehearsal space. Late in the afternoon, I would slip into a seat in the back of the room. It never failed to move me to tears when the group really hit all their parts accurately and with feeling. “Make Professor Prevo cry,” Associate Professor of Fine Arts Helena von Rueden would tell them. And they would.

What she will miss most: my colleagues across the campus and the staff who have helped me accomplish my goals, whether it is a reception set up, a web page, a security concern, painting a wall, fixing a computer, finding a book, catching a failing student, or bailing me out after I’ve locked my keys in my office, again.

Advice or lessons from your time here: Seek help from across the College. Find those people who are pockets of competence and keep them close. Help them and they will help you. Speak your mind. Change what you can. Ask for help. Go home at the end of the day with as little work as possible.

Campus involvement: Atkinson Museum board; curated shows—“Take a Seat: a Short History of Chairs” was my favorite, which I did with students; oversaw the restoration and installation of the Greek sixth century B.C. amphora in the Bortz Library; taught Western Culture and served the Core Cultures program; served as vice president for the H-SC chapter of the AAUP (American Association of University Professors).

Retirement plans: I have none immediately. I have projects to play with, but I have promised myself a six-month hiatus and vacation, just to putter. 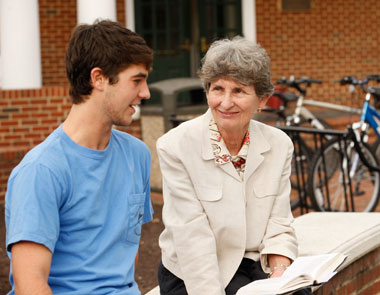 Beloved by both her students and colleagues for her wit and candor, Susan Robbins played a central role in the Rhetoric Program’s ongoing excellence during the past thirty-plus years. She “taught me how to see our students’ flaws with affection and good humor,” reflects Elliott Professor of English Sarah Hardy. Fierce in her dedication to the improvement of student writing, Robbins expected hard work and offered plenty of critical feedback. Elliott Professor of English Evan Davis marveled at “her ability to be baldly honest with her students (and colleagues) and at the same time to be loving and blend wit and parody with kindness, generosity, and empathy.” He adds, “If Jane Austen could have taught at Hampden-Sydney, she might have taught very much like [Susan Robbins].”

Recently retired colleagues Elizabeth Deis and Lowell Frye describe a typical account in the halls of Morton: “We recall hearing her students say, with pride beaming from their faces, ‘She said this was the worst sentence she had ever seen!’ Anyone able to pass such judgments and elicit such a response is doing something right!”

Robbins’ most recent publications include a book of short stories, “Nothing but the Weather,” a novel, “There Is Nothing Strange,” and a collection of stories in The Tonopah Review. She is the recipient of the Fuqua Award, Cabell Award, Virginia Prize for Fiction, Breadloaf Fellowship in the Novel, and the Deep South Prize. 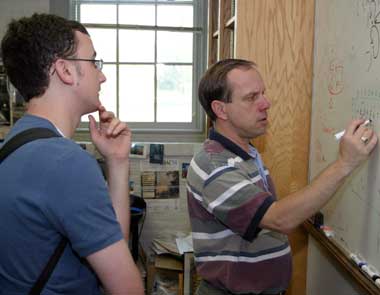 Instrumental in creating the Computer Science major at Hampden-Sydney, Dr. Valente headed the effort to develop the curriculum – both deciding what courses should be in the major and actually developing the courses themselves. He’s chaired the Mathematics and Computer Science Department and served on many committees, including most recently assessment, professional development, and athletics committees. Valente has also applied his love for baseball to being a faculty mentor for the Tiger baseball team.

Intentional and patient in his teaching, Valente’s “approach has consistently been to teach students to think, not to just memorize a bunch of tricks,” says Elliott Associate Professor of Mathematics & Computer Science Rebecca Jayne.

A native of Deer Park, NY, Valente arrived at Hampden-Sydney after earning a Ph.D. in Computer Science at Rensselaer Polytechnic Institute and after a year as a visiting professor at Colby College in Waterville, ME. It’s a safe bet that his retirement will likely include attending Mets games and sharpening his razor-sharp pun game.