Meet three Hampden-Sydney Tigers who spent the summer getting a fresh take on their education and the world around them.

Exotic locations. Foreign cuisine. Unique customs. Just a few of the exciting things that study abroad students experienced during their summer excursions. Director of Global Education and Study Abroad Dani Widdows notes the importance of this collegiate rite of passage, saying, “Studying abroad is a wonderful, high-impact experience that enables students to expand their education and—just as importantly—learn more about themselves. Students usually take classes that meet major or core requirements and thereby gain new perspectives on their fields of study and additional opportunities to enhance their skills.”

Meet three Tigers who spent the summer getting a fresh take on their education and the world around them.

Caleb Manu ’23 is participating in a French language immersion program at the Institute for the International Education of Students (IES) in Paris. Taking full advantage of his time in the city of light, Caleb has joined a recreational soccer league in the Parisian suburb Chateau du Vincennes, explored the National Archives and the Musée d’Orsay with his IES colleagues, and strolled the streets of Paris absorbing the architecture and culture. Caleb says that though he has had a love of the language since his first introduction to it in the fourth grade, studying abroad in Paris has shown him that learning French is about more than correctly conjugating verbs. Learning a new language has the power to connect him to the millions of people around the world who also speak that language.

Connor Brooks ’23 spent May Term in Muenster, Germany, where he explored art at the LWL Art Museum, religion at the Muenster Cathedral, and German culture, cuisine, and libations at local markets. At a planwagen fahr—similar to a county fair in the States, he explains—Connor and other fahr-goers rode in a wagon pulled by a tractor while singing German songs. “It was one of the better ways to experience German culture,” Connor says. 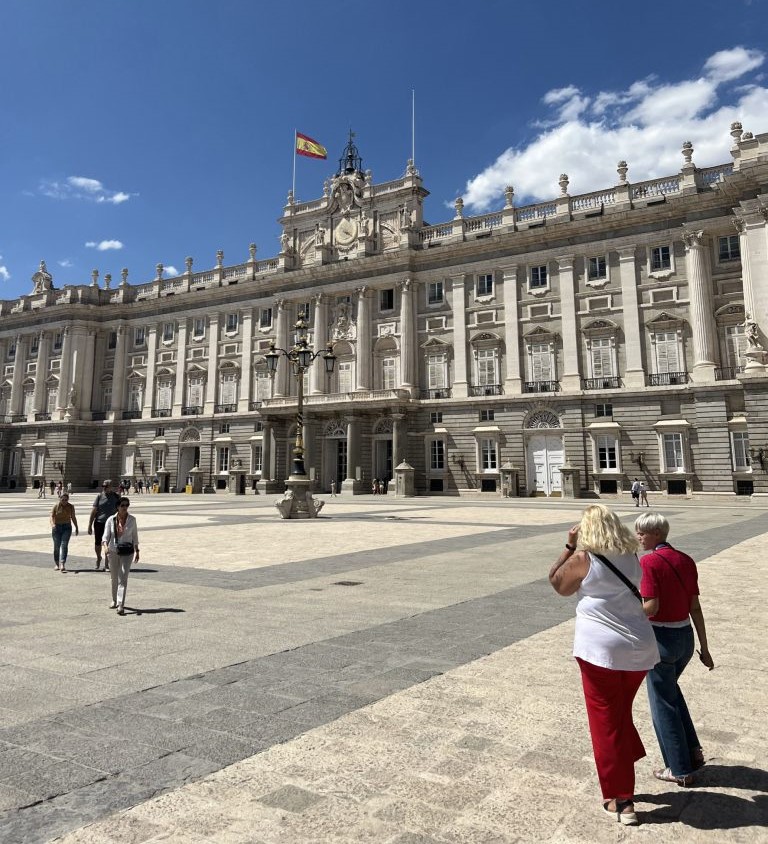 George Langhammer ’24 wandered among the windmills following the footsteps of Don Quixote during his May Term in Alcala de Henares, Spain. Following a day trip to Madrid, George describes the excursions to the Palacio Real and Prad Museum as “exhausting…but most rewarding. I learned more in one day about the monarchies of Spain and art history than I have in any history class.” Having earned a respite, George and his classmates spent a relaxing weekend in rural Huetor Santillan near Granada, where George took advantage of the pool at the group’s Airbnb and also spent time hiking in the Sierra Nevada mountains, which surrounded the house.

The richness and benefit of these experiences will stay with the students long after they shake off the jetlag and swap foreign delicacies for the comfort food of home. Widdows adds, “Research shows that after studying abroad, students are often more invested in their education and have more clarity about their academic, professional, and personal goals.”