High Adventure at Hampden-Sydney College has gotten even more exciting, with the campus’ brand new 18-hole disc golf course drawing enthusiasts of the sport from around the Southeast since its completion in early December. 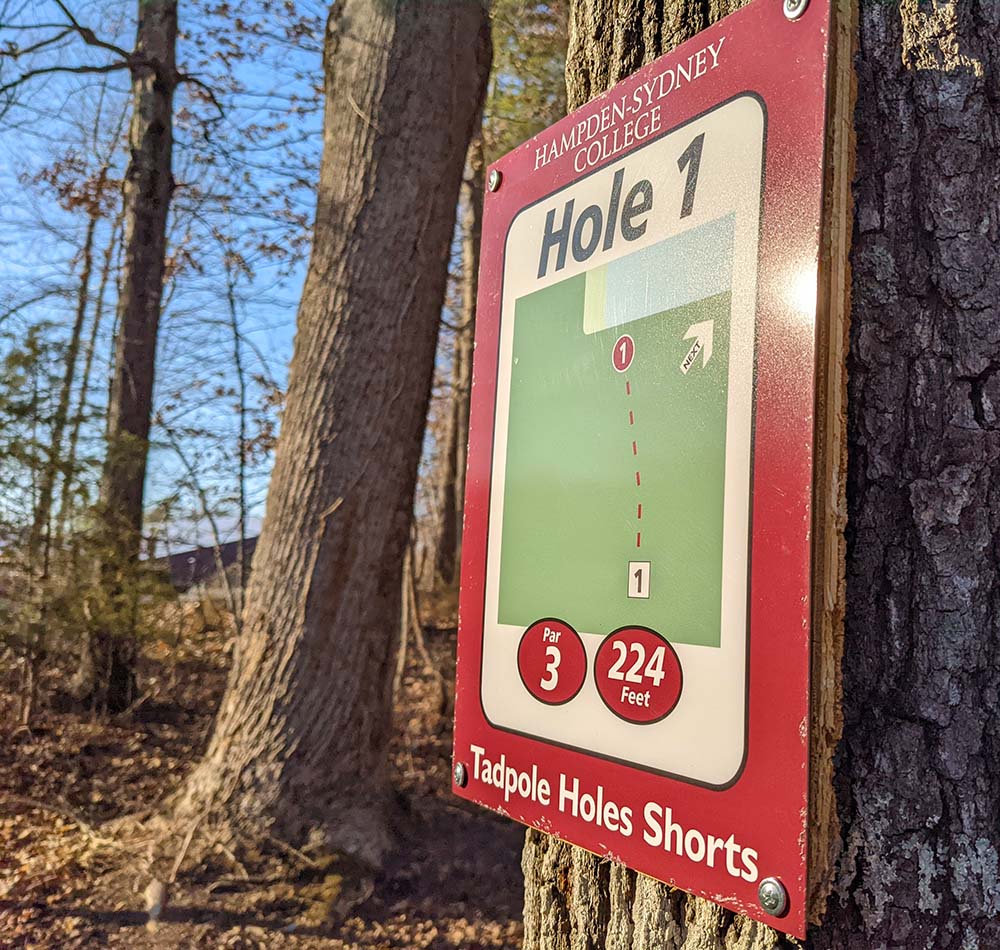 Tadpole Holes was originally intended to be an expansion of the existing 9-hole course located around Tadpole Hole, the lake adjacent to the high ropes course. Originally dreamed up by Professor of Physics Jonathan Keohane and H-SC Director of High Adventure Scott Schmolesky, the project began in comical fashion, according to Schmolesky, who laughs recalling the pair’s naïveté in the early stages of the planning process.

“As we were stumbling around the woods with a measuring wheel trying to figure it out, we realized quickly that there was more to it than we thought there was,” Schmolesky admits. So he put in a call to Farmville-based disc golf enthusiast Lloyd Sealy who in turn contacted renowned disc golf course designer John Biscoe. After a free consultation, Biscoe laid out his plans for an entirely new 18-hole course.

“One upside to the timing of this project was that money that was usually budgeted for campus events had largely been left untouched because of the pandemic restrictions on events,” Schmolesky explains. “So we were able to do far more with the disc golf course than we had originally anticipated with an even greater benefit to the College community.” 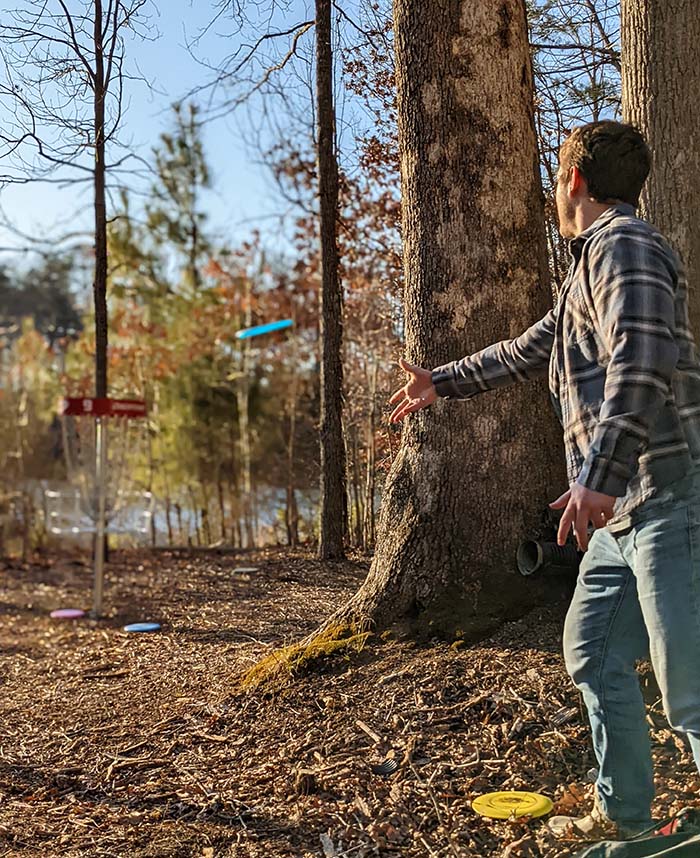 Funding for the project came almost exclusively from Hampden-Sydney’s College Activities Council (CAC), which “is responsible for making sure that there is a diversity of offerings to keep students engaged socially on campus,” according to CAC Chairman Cal Mitchell ’22. “Projects like Tadpole Holes are exactly what the CAC is for.”

Disc golf as a sport has grown considerably in popularity since the start of the pandemic. Its low cost of entry and outdoor setting makes it a great hobby for students to pick up. And Hampden-Sydney students have done just that. Andrew Howell ’21 began the H-SC Disc Golf Club last spring just as this project was taking shape. The club immediately attracted almost 30 members, a group of whom play almost every day of the week on their new home course. A very technical course that weaves through the woods surrounding the high ropes course and the practice lacrosse field, Tadpole Holes offers a stark contrast to the wide-open spaces of the only other course in the area, which is located on Longwood University’s campus.

“Tadpole Holes has really become one of the most popular courses in Virginia, and it’s one of the nicest courses in the state, if not all of the Southeast,” says Schmolesky. “It’s gotten a lot of attention from the disc golf community at large.”

Thanks to the support of the local Farmville community and the College community, Hampden-Sydney continues to offer exciting amenities to students and community members alike. 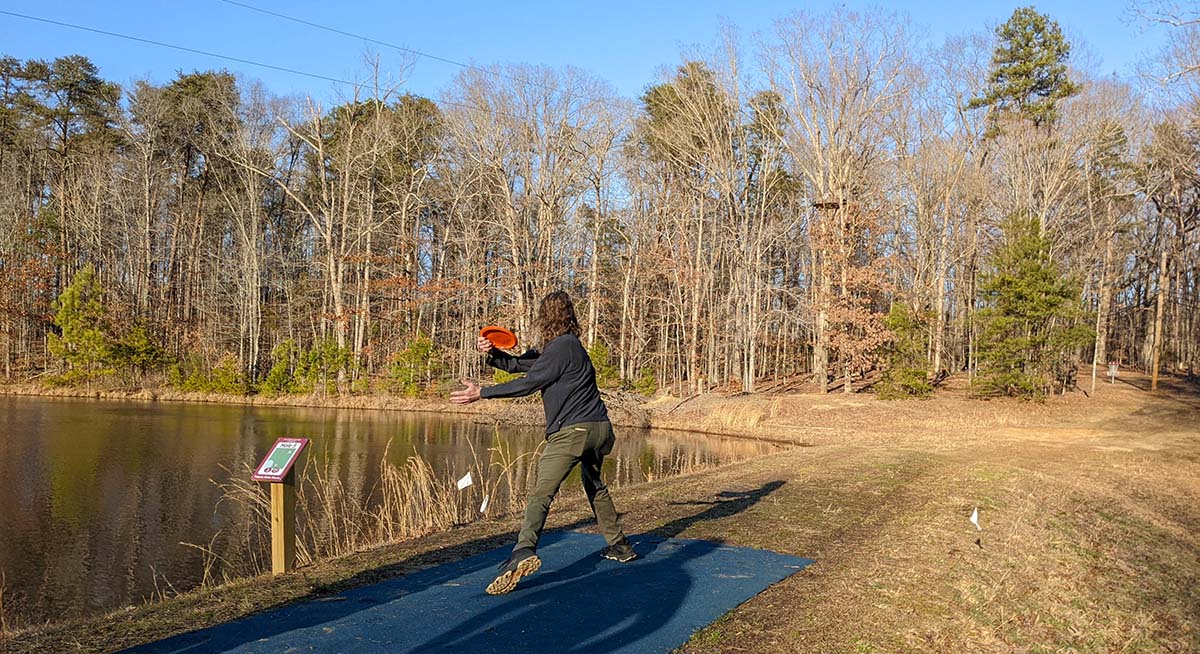