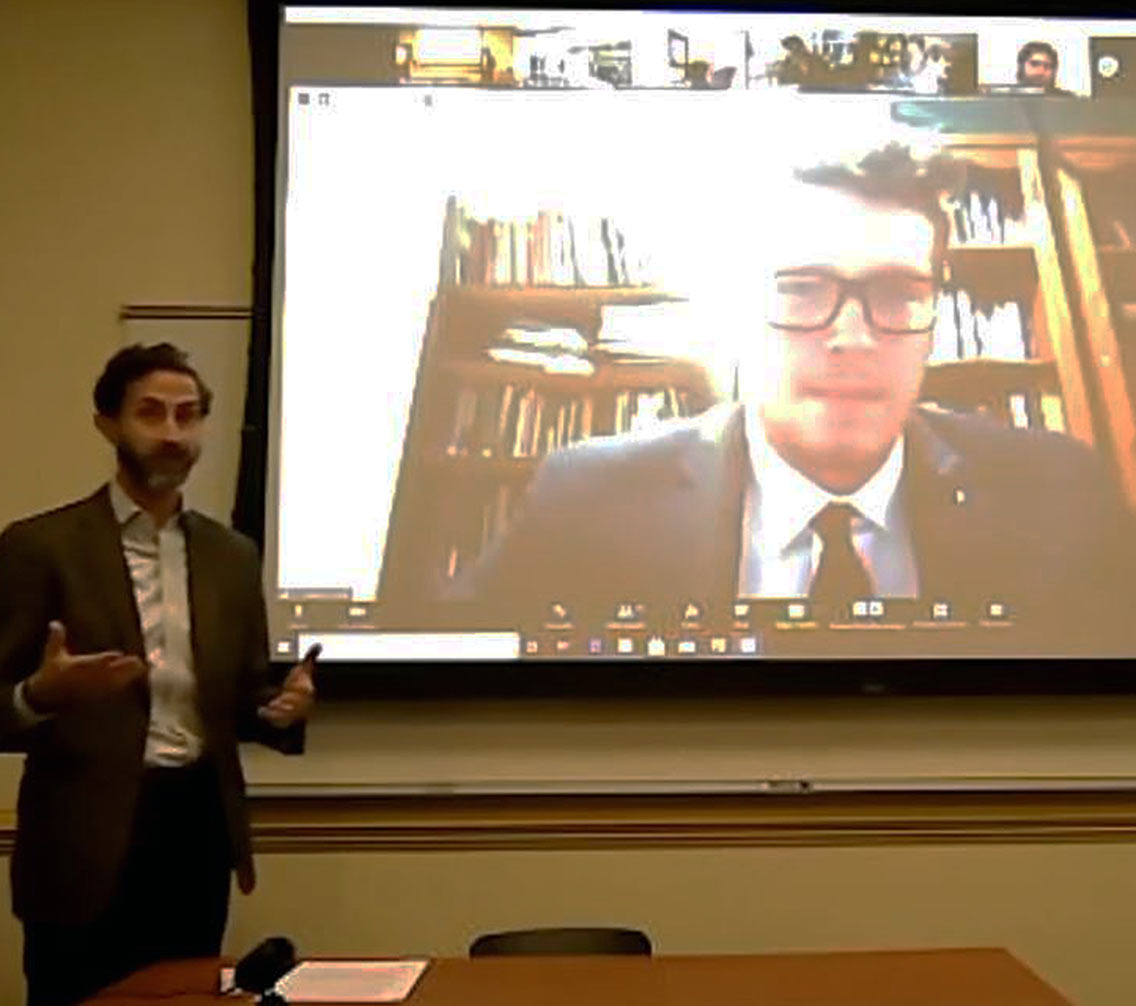 Flemming Center for Entrepreneurship and Innovation Director Andrew King hosted the 2020 virtual event, judged by a panel of Hampden-Sydney alumni. Seven student-led founding teams presented their fledgling companies’ business plans and validation activities in a bid for a piece of the funding awards totaling $15,000, donated by Andrew Reed ’04. The emerging entrepreneurs gained valuable experience pitching and defending their endeavors.

The alumni judges included Charles Collie ’86, Samuel Logan ’98, and Samuel Saville ’16, all of whom have serial start-up experience. The panel was impressed with the quality of effort that the founders put into their companies and their pitches, with Logan commenting that “all of these guys really have worked hard and built interesting companies with big possibilities.”

Each proposal was ranked based on the business model’s viability, scalability, and impact on a pressing problem that customers want solved.  The winners can use their awarded funds during the next calendar year to advance the growth of their ventures.

The top funding award of $6,000 went to Henry Giattina ’21 and Danny Dorsey ’22 whose venture, H-SC Local, solves the problem many students face of dealing with personal possessions when they move out of College housing at the end of an academic year. Henry and Danny noticed that furniture and electronics with plenty of usable life left often end up in dumpsters because transporting the items home is overwhelmingly difficult. To address this, the founders created an online platform that enables students to buy and sell the items. Additionally, H-SC Local offers small-scale storage in the off-season which saves students from the effort of transporting items to and from their homes or having to get rid of items they plan on using the next year.

All of these guys really have worked hard and built interesting companies with big possibilities. 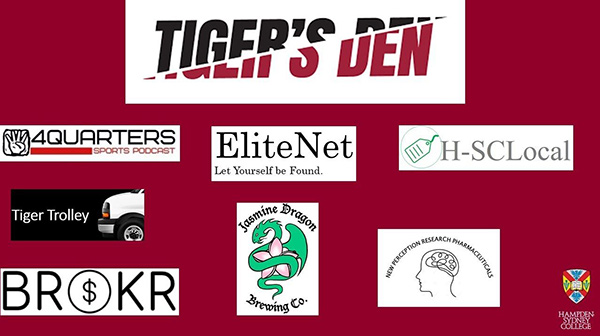 The runner-up award of $4,000 went to 4Quarters Sports Podcast founders Adam Lovelace ’22 and Brad Jeffers ’21. “We provide conversational sports debate, which allows a listener to feel more connected,” Adam explained. These dedicated podcasters have consistently dished out high-quality content for many months, which has attracted hundreds of regular listeners. The judges saw talent that is likely to garner a nationwide audience soon.

Third prize, totaling $3,000, went to Leland Cobb ’23, founder of New Perceptions Research Pharmaceuticals LLC. This venture supports the research and commercialization of a novel drug combination that promises to benefit those with autism spectrum disorder (ASD). Mr. Cobb has already secured a provisional patent on his pharmaceutical therapy and is working toward funding preliminary research efforts on the path towards clinical trials.

The remaining participants did such a good job making progress on their new companies that the judges chose to reward their efforts with $500 each. These companies are Jasmine Dragon, a custom line of beers and taprooms cofounded by Jonah Popp ’21 and Jacob Meyers ’21; Brokr, an online transaction validation service cofounded by Varun Yerramsetti ’21, Zachary Keys ’23, and Jackson Southworth ’21; Tiger Trolley, a shuttle service between H-SC & Farmville founded by Ryan Winborne ’23; and EliteNet, which elevates high-potential job candidates among the sea of applicants and was cofounded by Adib D’Amiano ’21 and Giovanni Needham ’21.

Congratulations to all of these up-and-coming entrepreneurs!