Psychology major and Leadership in the public interest minor

Psychology major Coleman Meadows ’22 has an impressive understanding of how his experiences at Hampden-Sydney have real-life implications and will no doubt use them as he works toward his career goals in counseling. 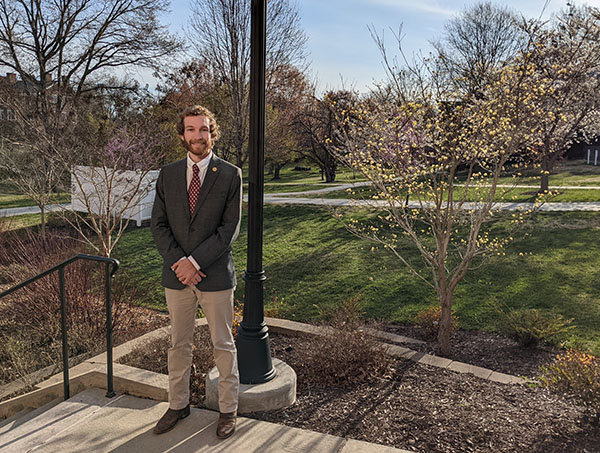 Hindsight may be 20/20, but for Student Court Chairman Coleman Meadows ’22, seeing the moment at hand just as clearly is his strength. The psychology major and leadership in the public interest minor has an impressive understanding of how his experiences at Hampden-Sydney have real-life implications and immediate practical application.

“I look at my experience here as extremely holistic,” Coleman says. “And the educational experience I’ve had here has developed me into who I am and the skills that I have: from day one of freshman year in Western Cultures with Dr. Pontuso, where we had to do presentations from the get-go, to continuing through the Rhetoric Program, where I was expected to be able to articulate my ideas and express myself with fluidity.”

Coleman utilized his presentation and communication skills this past spring at the Society for Personality and Social Psychology Conference in San Francisco. As one of only a handful of undergraduates invited to present, Coleman spoke with dozens of graduate students and faculty from around the world about his research in social psychology. His advisor, Assistant Professor of Psychology Ivo Gyurovski ’09, notes that Coleman’s “work was on par with what the first- and second-year graduate students were presenting.”

At the conference, Coleman presented two of the four studies he conducted over the course of 2021. He notes that through the process of refining each study based on what he learned from the last, he was able to improve his approach, focus, and methodology. This programmatic approach—which is emblematic of the H-SC Psychology Department research model—enables Hampden-Sydney students to experience R1 institution-level work that prepares them for serious, professional research.

While these experiences help him identify patterns and applications in his other coursework, Coleman has also been able to apply his psychology and leadership curriculum to his extracurricular activities to enact real change on the Hill and positively impact his fellow students. As Student Court chairman, Coleman recognizes the power that he holds over the Student Court representatives and his classmates who come before him for Honor Code or Code of Conduct violations. He is sensitive to that power and ensures that he acts with integrity and honor in every interaction, often using principles that he learned in his psychology courses to do so. “As chairman, anything I say is going to influence how the court views an accused student and his case,” he says. “So I’m very reserved, and I don’t say anything until the very end. I also call on each person individually rather than it being just a free-flowing group discussion. This encourages every person to express his ideas so that no one perspective gets lost. I also start with a freshman who is less experienced so that the group hears his perspective before he’s been influenced by upperclassmen. In my position as chairman, I see it as my primary responsibility to create a balance of upholding the Honor Code and advocating for each accused student to ensure that he receives a fair trial.”

For someone so adept at seeing the links between his course of study and real life, it might be surprising to know that psychology was not Coleman’s first choice of major. “I started out as an economics major,” he says. “I figured I would have a better chance of getting a job with an economics degree. But I also took Psychology 101 my first semester, and even though I did better in my econ courses, I enjoyed that psychology course so much that I knew it was what I wanted to spend my time studying.”

His path to both Hampden-Sydney and counseling as a career field is serendipitous in hindsight. Having started in the public school system, Coleman got the chance to attend the Carlisle School in Martinsville, Virginia, as a sophomore due in part to his success on the baseball field. But he got much more than playing time from his three years at the private college preparatory school.

“I don’t think I would have ended up at Hampden-Sydney had it not been for Carlisle School,” Coleman admits. “I may have gone to college, but it wouldn’t have been Hampden-Sydney.” The first-generation college student says he never really thought about college or a professional career in a serious way until he transferred high schools. The individualized attention that he got at the Carlisle School made him see that he was capable of more than he previously believed. This type of attention also drew him to Hampden-Sydney, where the small class sizes and personalized recruiting from former Dean of Admissions Anita Garland and Senior Associate Dean of Admission Berkeley Leonard ’07 made him feel like “more than a number.” 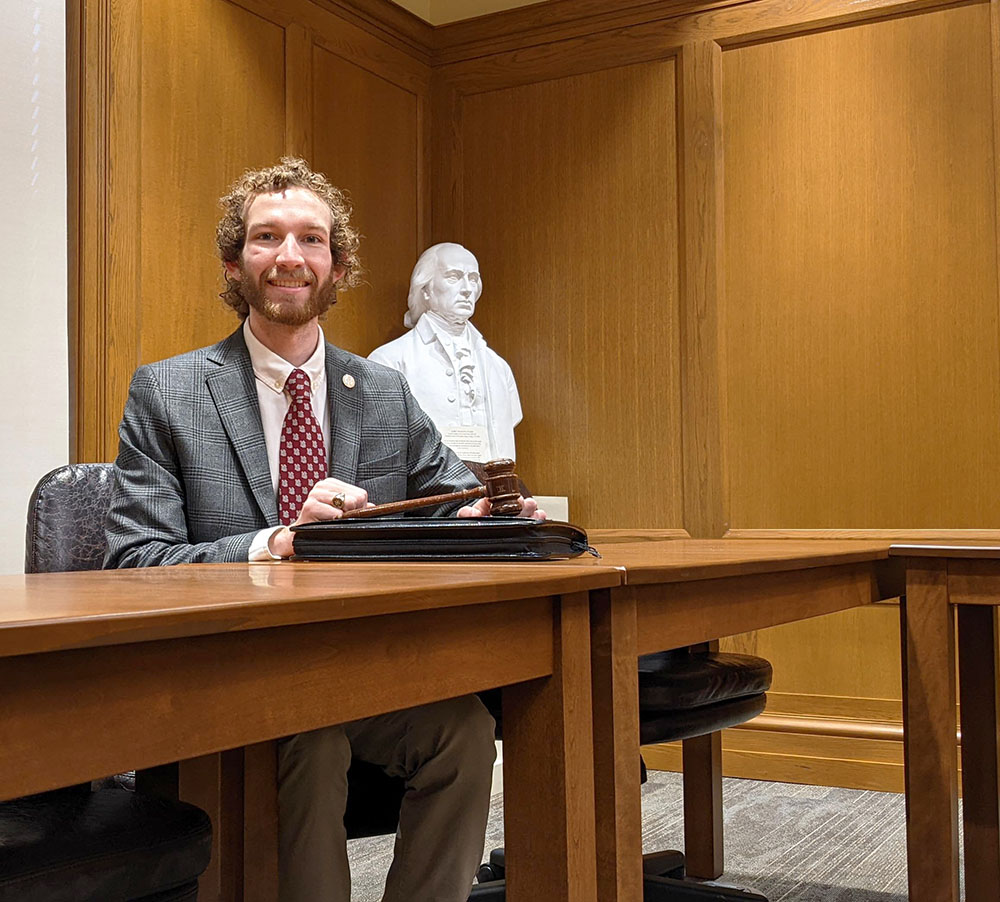 As he explored H-SC’s psychology curriculum, his plans for the future started to crystallize. Coleman has always enjoyed working with young people. Looking back on his experiences as a camper at W.E. Skelton 4-H Educational Center to becoming a teen counselor, summer staff member, and program intern at that same camp; working as a youth mentor at Carlisle; and serving as president of the mentoring club at Hampden-Sydney, the puzzle pieces began to fall into place. “Counseling is one of the initial professions that most psychology majors consider,” Coleman says. “But when I really thought about it and put things into context, I realized how much I love working with kids and started exploring school psychology as a career path.”

While his vision now is set on the future, Coleman finds himself reflecting often on the path that led him to where he is today. He describes a moment of emerging from his office in Brown Student Center after a long night, gazing upon the glow of the illuminated campus, and having “a moment of realization and appreciation that someone who thought college was just a distant dream can come here and make something of themselves,” reminding us all to not wait for a moment to become hindsight before we appreciate it.