On March 19, more than 125 students turned out for Hampden-Sydney’s Big Event—a day of collegiate service observed by colleges and universities across the country where students helped clean up and maintain the Wilson Trail and miles of highway around campus. 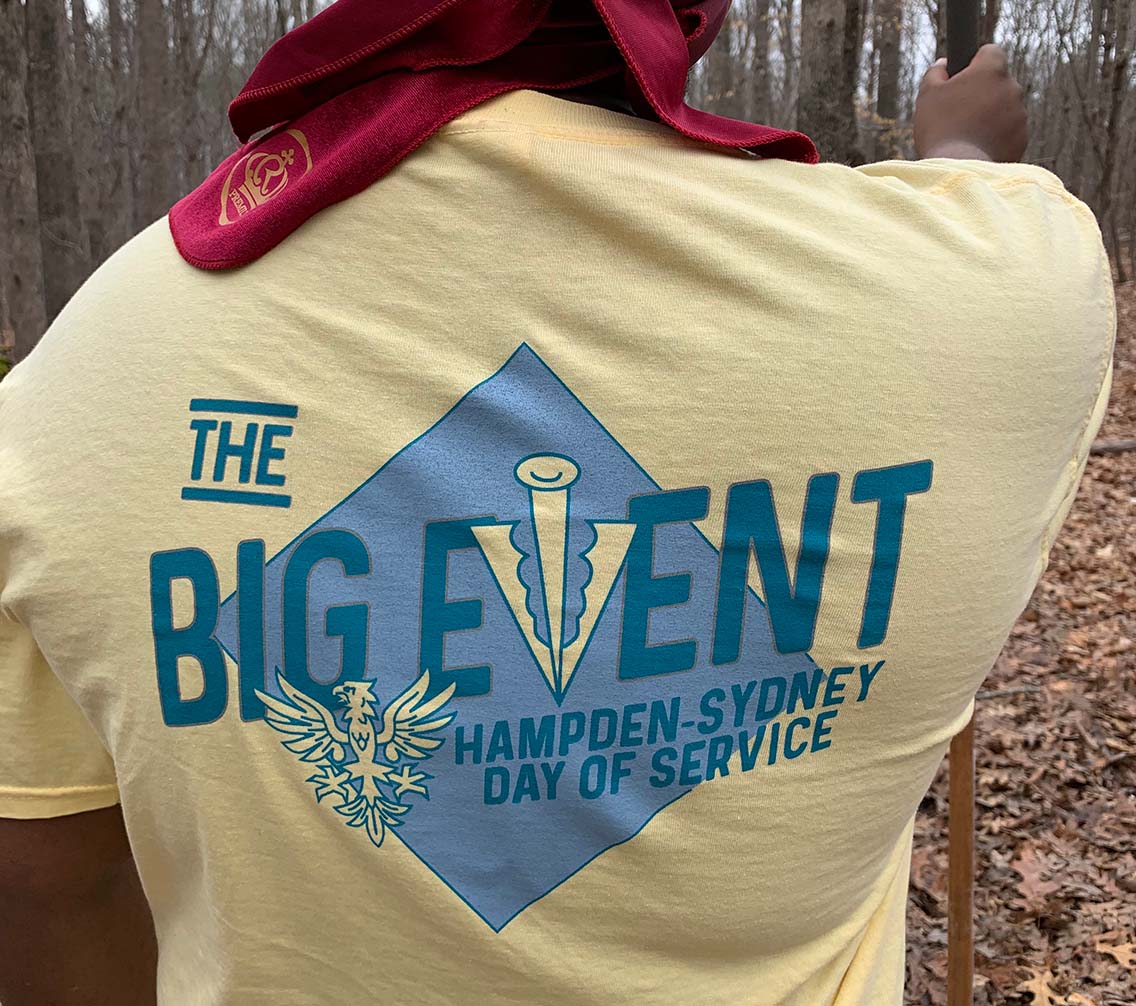 Delta Kappa Epsilon brother Noah Moore ’23 notes that “the College operates in a really unique world of its own. We’re five miles removed from the town of Farmville, but most students interact with the town and its citizens at least weekly whether its going to Walmart or getting food downtown. It’s really positive for engagement and advantageous for both parties when Hampden-Sydney students give back to the communities in which we live for these four years.”

Beyond the immediate impact that participating in the Big Event has on the local community, Noah believes that it is also vital to accomplishing the College’s mission. “Aristotle believed that creating excellence in any realm is achieved by forming and committing to habits,” he says. “So to become a courageous person, you must act courageously. I think philanthropy and being a good man and a good citizen is no different. Philanthropy is integral to forming good men and good citizens.” 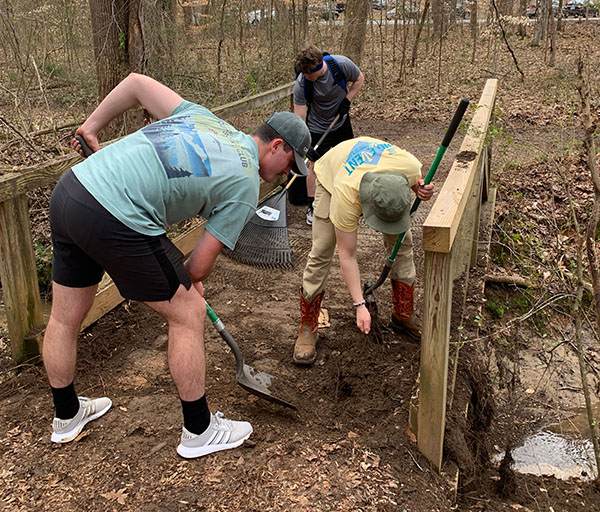 Outsiders Club member and H-SC volunteer firefighter Alek Burleson ’22 directed the cleanup of the Wilson Trail, leading students in debris removal, leaf raking, log moving, and other maintenance activities. “I’ve always had a fascination with the outdoors, and I’ve been maintaining trails since I was seven or eight on my grandparents’ farm,” he says. “It can be really therapeutic to set your intentions on a task and to visibly see progress being made.” He noted that some students who weren’t as comfortable with the tasks at hand at the beginning of the day gained confidence in their abilities as the project went on.

Students enjoyed fellowship with their peers around early morning coffee and doughnuts before getting to work and later a cookout to close out the day and celebrate a job well done. Thanks to Director of Civic Engagement Sandy Cooke for organizing the Big Event and to all the students who helped to make H-SC and the surrounding community a more beautiful place to live!