Hampden-Sydney has announced the formation of a new Center for Public History, housed in the College’s innovative Pannill Center for Rhetoric and Communication. 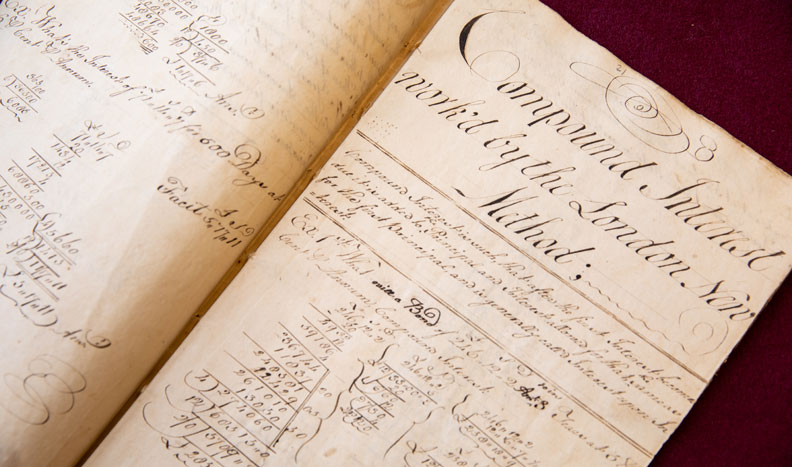 Mainstream culture increasingly views history as both relevant and interesting. Don’t agree? Try scrolling through social media for more than a few minutes without coming across the latest historical podcast or film, or travelling more than a few miles in the state of Virginia without passing a historical marker, says Caroline Emmons, Elliott Professor of History, assistant dean of the faculty, and acting director of the new Center for Public History at Hampden-Sydney College.

Public history, defined by the National Council on Public History as “the many and diverse ways in which history is put to work in the world,” is likewise emerging as a prevalent area of study, inspired by increased community engagement with historical material.

Hampden-Sydney is a perfect fit for a study of public history, according to Emmons, given its location near Revolutionary War, Civil War, and Civil Rights landmarks as well as its status as one of the oldest colleges in the United States. “History is a huge industry in Virginia,” says Emmons, “and the entire Hampden-Sydney campus is a kind of laboratory for that.” 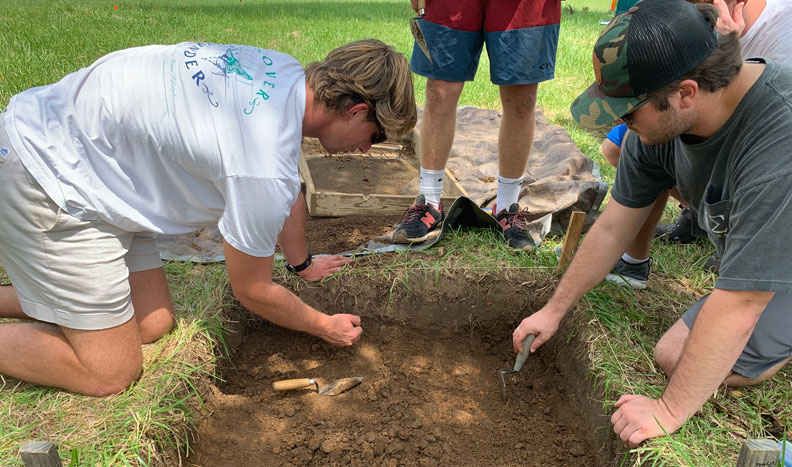 With its focus specifically on oral history, historic preservation, museum studies, archaeology, and archives and digitization, Hampden-Sydney's Center for Public History merges the academic study of history with its practical application in the wider world.

The broad nature of the field and the Center's areas of focus create ample opportunities for partnership across campus. Public history students have already collaborated with an array of College entities, from the Atkinson Museum to the Department of Fine Arts, and from Bortz Library to the Office of Undergraduate Research. Projects have included archaeological excavation on historic Slate Hill plantation and a digital index of the Tiger newspaper.

History is a huge industry in Virginia, and the entire Hampden-Sydney campus is a kind of laboratory for that. 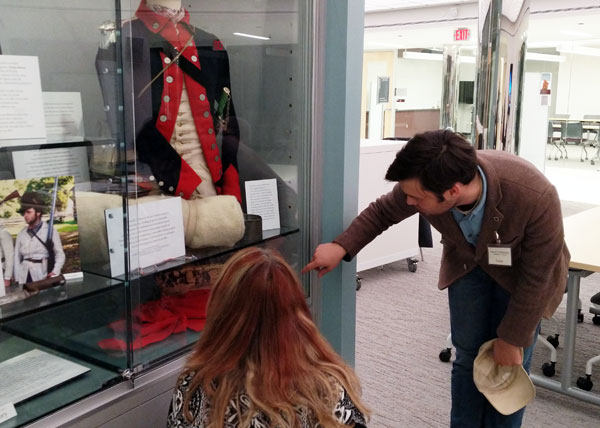 And, with its office located in the new Pannill Center for Rhetoric and Communication, the Center’s close proximity to the Office of Undergraduate Research and the rhetoric studio has established a natural working partnership: students perform research under the Center for Public History and then effectively communicate their findings with the help of the rhetoric studio. Public history is geared toward the general public, so students are learning to deploy rhetoric that is inclusive, based in research, and of interest to a broad audience.

“History’s natural connection with rhetoric is increasingly obvious,” explains Emmons. “At the Center for Public History, we take our students’ existing love of history, combine it with history’s relevance to contemporary issues and our physical environment, and then add the College’s emphasis on being able to express oneself effectively as well as its emphasis on citizenship. It’s the perfect fit.”

The Center for Public History is yet another way Hampden-Sydney's liberal arts curriculum combines both theory and practice with the ability to think critically and communicate effectively, preparing young men for success in their college years and beyond.

Lucas Hamby '22 recently presented his experience as a historical reenactor to the Hampden-Sydney community in the new Pannill Center for Communications, where he constructed an exhibit in the Center for Public History display case. Read his story...