As a tour guide for Glacier Anglers in Montana, Sam McLean '22 spent his summer disconnecting from technology and reconnecting with himself.

“Freshman year was a big transition—and quite frankly a struggle for me,” confesses Sam McLean ’22, a sophomore from Charleston, SC, “but fly fishing re-centered me. So I wanted to explore that outlet more this past summer.” 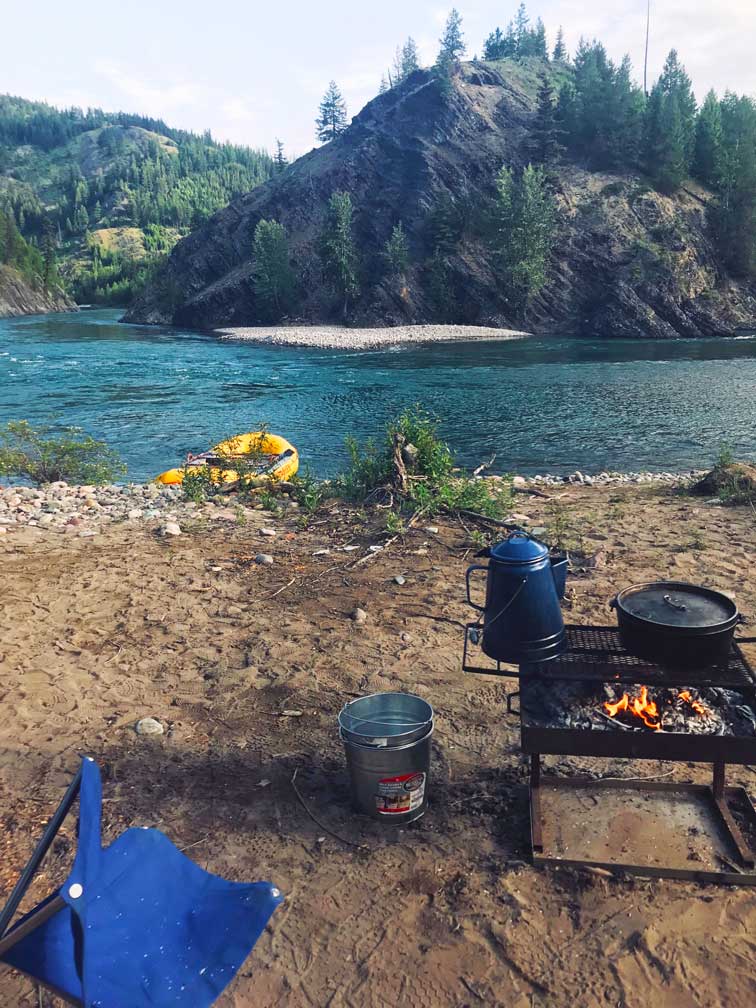 With sights on a summer experience, Sam took initiative to reach out to his fishing idol for openings at her Montana shop, Lary's Fly & Supply. He first interviewed Hillary Hutcheson—a nationally known name among fly-fishing enthusiasts and an ambassador for companies like Patagonia and Yeti—for a class project when he was in high school. While she didn’t have any openings for the summer, Hutcheson pointed Sam towards a local guiding company, Glacier Anglers. After an interview and intensive training, Sam was set to be a rafting and fishing guide at Glacier National Park.

Life as a guide was busy: grueling 12-plus-hour days started with a 5 a.m. wake-up call. Throughout the day, Sam’s job was  to anticipate clients’ needs and ensure that every aspect of their experience was enjoyable.  He guided—and educated—clients on both fly-fishing and the national park, instructing them on how and where to cast, as well as how to minimize their environmental impact. “One key to guiding in a national park is respecting nature and not leaving a trace,” Sam explains. “It’s part of being a good citizen and a man of character.”

Over the course of the summer, Sam got an up-close look at the environmental fluctuations occurring in Glacier National Park. Over the past 50 years, increased carbon dioxide levels have led to the loss of nine glaciers, and the remaining continue to melt at a rate faster than predictions. This loss will have significant consequences for park ecosystems. According to the United States Geological Survey, “Without glacial melt water, summer stream temperatures will increase and may cause the local extinction of temperature sensitive aquatic insects, disrupting the basis of the aquatic food chain.” Two specific examples Sam observed were fewer bears due to a smaller supply of huckleberries and cooler waters affecting fish migration.

In addition to the environment changes he observed in the park, Sam also began to notice emotional changes in himself during his time in Montana. The park and the cabin he lived in were remote—so remote that Sam only had cell service when he drove to town for groceries once a month. “You don’t realize how attached you are to your phone until you can’t have it,” Sam says. “When there’s not something yelling for your attention, you relax.” Without wifi, cable, or a cell phone, Sam’s focus shifted to the people and places around him. His days ended chatting around a campfire with fellow guides rather than mindlessly scrolling through social media or watching television. 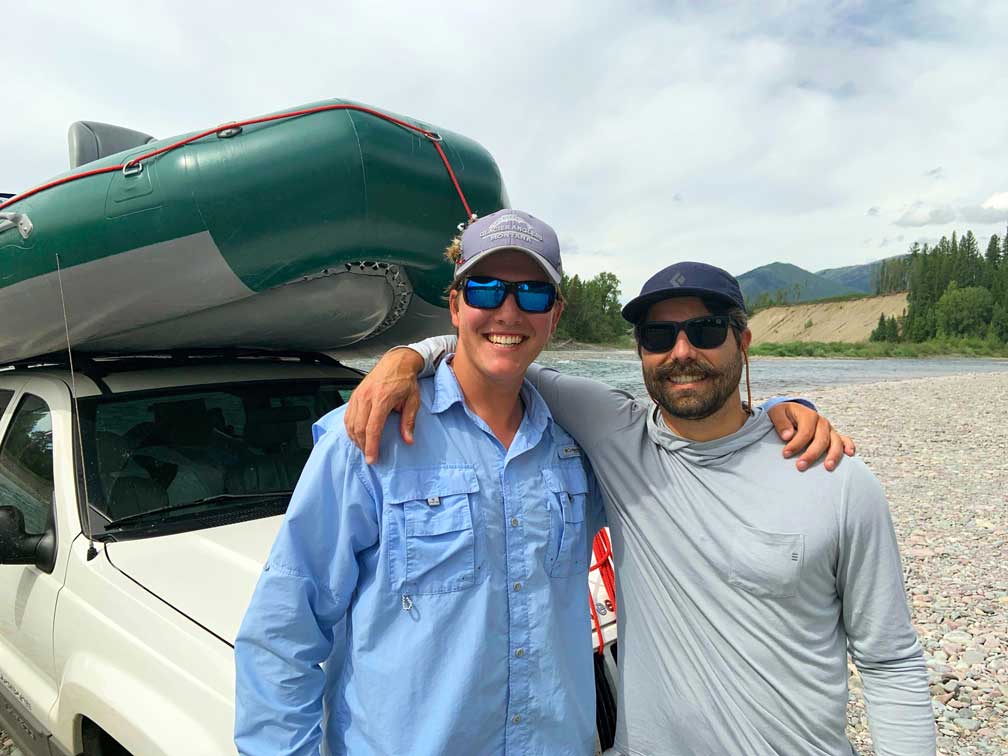 Those conversations helped Sam realize what a small world we live in. For example, an acquaintance connected him with H-SC alumnus Nate Tubner ’06, a park ranger for the National Park Service. The two went fly fishing a few times, chatting about professors they had in common at H-SC. There was an instant connection thanks to the Hampden-Sydney brotherhood, the same brotherhood he saw when he first toured the Hill. “I saw that Hampden-Sydney stood for what it said it stood for. I saw the caliber of its students and alumni,” Sam explains. “They were outdoorsman; they were dedicated to their studies; they were being developed into good men and citizens. I saw the brotherhood that I wanted to be a part of.”

The fellowship and sense of enjoying the moment were among Sam’s biggest takeaways from the summer experience. “The more I disconnected with technology, the more I connected with myself. I understood what made me tick and what I enjoy.” So Sam can now be found on campus, sans phone in hand. With an emphasis on face-to-face conversations and greetings on the sidewalk, he hopes to extend genuine connections to his fellow brothers.