Senior Joey Kelly is uniquely himself and, with the help of his transformative and well-rounded academic experience at Hamdpen-Sydney, is not afraid to challenge his own or others' perspectives. 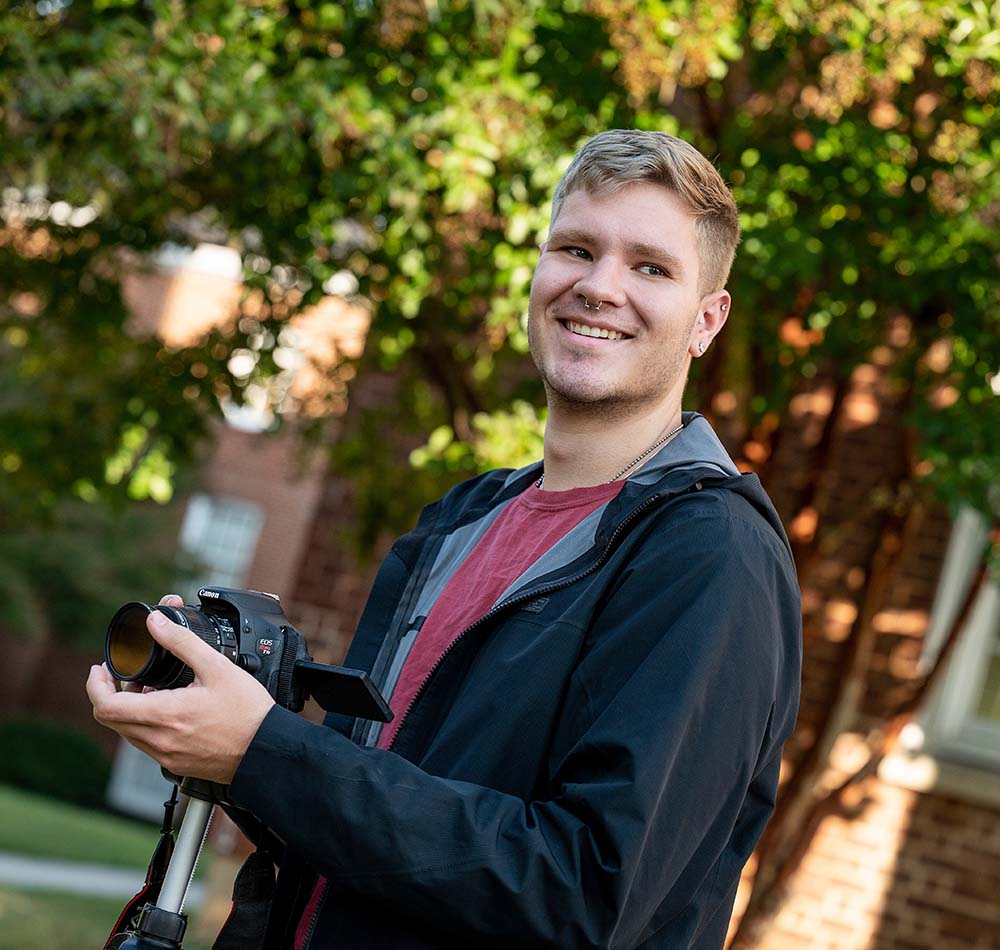 Why did you choose Hampden-Sydney?

I felt I would perform better at a small school, and the academic curriculum was interesting and seemed challenging.

What is your favorite thing about H-SC now that you are here?

If you could give yourself advice as a freshman, what would it be?

Be your authentic self.

I think I’ve become even more outspoken. When I see injustice or people who aren’t ready to stand up for themselves, I’m not afraid to jump in and defend them. I’m also not afraid to challenge people’s perspectives.

What do you like most about the H-SC experience?

I love that H-SC has given me a chance to explore so many different subjects that I’m interested in. I’ve always believed in the saying, “a jack of all trades is a master of none, but oftentimes better than a master of one.” I like being exposed to different things and not staying in one realm all the time, and Hampden-Sydney allowed me to do that academically.

How did your student research shape you as a student or a thinker? 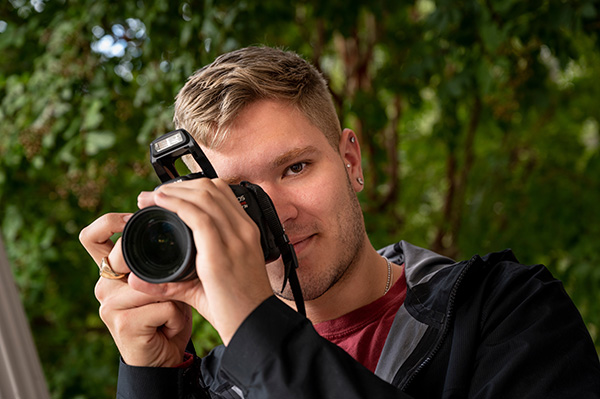 I’ve done two separate research projects, and both have influenced my artistic voice. The summer after my sophomore year, I worked with my Russian professor to redefine propaganda. We looked at propaganda throughout history from all corners of the world, starting in Mesopotamia and ancient Egypt, then to China, then to Soviet Russia, and ending at Hampden-Sydney College. That project opened my eyes to the possibilities of propaganda and in turn influenced how I like my art to be perceived, almost as a work of propaganda itself. I tell a story through my art. I like my art to make a statement and people can agree or disagree with that statement, but it is what it is.

This past fall semester I worked with Senior Lecturer in Fine Arts Mary Prevo on a project exploring what it means to create queer art in the contemporary world, where I found that there are three ways that people do it: activism, visibility, and normalization of the queer figure. So, for my senior thesis, I’m building on that second project to create an art installation that tells my perspective of the queer experience here.

Doing research in two completely different subject areas has opened my eyes to the different ways that people think and live. That’s also why I think it’s so important to study different topics and areas, so that you don’t close yourself off to being able to see where other people are coming from and their perspectives.

Psychology of Negotiations with Assistant Professor of Psychology Ivo Gyurovski. I learned a lot that has been very practical in day-to-day life, like negotiating while buying a car. I also found that I was pretty good at negotiating.

What’s your favorite spot on campus? Why?

The Ferguson Career Center. There’s a lot of good people there. I work there now, but even before I was a student employee I would just go and hang out at the Career Center.

What are your plans for after graduation?

I’ve been enlisted in the Army Reserves since I graduated high school in 2017 and have been an all-source intelligence analyst the whole time. I didn’t really think I enjoyed it until this past summer when I got a chance to do some real intelligence work during an exercise, and I found that I really enjoyed it. So, after graduating, I plan on continuing my career in military intelligence as an enlisted, but active duty, soldier with tentative plans to become an officer one day.