Civic Engagement at Hampden-Sydney did not take a back-seat to the pandemic. As a matter of fact, it has thrived as students remained active in the community throughout the year.

Good men make a difference in the world, and helping each student become “a man who serves” is part of the mission at Hampden-Sydney College. During the 2020-21 academic year, the following young men embraced the abundant civic engagement opportunities that the Farmville and Prince Edward County communities afforded them.

Lucio Chavez ’22 has been involved in several projects during his journey on the Hill and most recently served as the chair of orientation-service leader for the past three years. “I see my work as an orientation-service leader as an important sector of the College as it provides incoming students, some of whom arrive to campus not knowing anyone, with the ability to meet current student leaders on campus and reinforce the values and vision of the college,” he says. 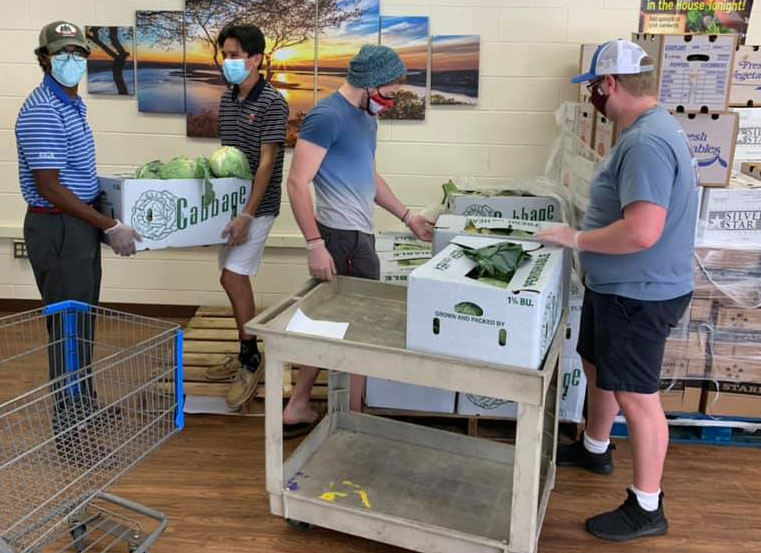 Below are just some of the other awesome student activities that have brought pride to the H-SC name.

Brother for Brother partnered with the FeedMore Project to provide meals to those in need this past academic year. Volunteers assisted in monthly food unloading, sorting, and distribution at Prince Edward Middle School. Each month these young men helped to provide approximately 300 meals for the residents of Prince Edward County.

Students from across campus came together to help with the Food Distribution Project the weekend of February 20th and 21st. In the aftermath of an intense ice storm, thousands of Farmville and Prince Edward-area residents had been without power for several days and were in need of provisions. In coordination with the Red Cross and Prince Edward Emergency Services, students helped serve over 1,000 meals to those in need.

The Outsiders Club partnered with the Hatteras Island Ocean Center during spring break to work on service projects including maintaining the trails and marshes surrounding the center, building and installing additional storage, seeding an osprey nest, installing a bat house, and removing an oyster bed under the dock.

I am thrilled to know that our students are not only getting involved in their community during their four years in college but also taking what they’ve learned through the Civic Engagement Program and applying it to their communities after graduation and for the rest of their lives. 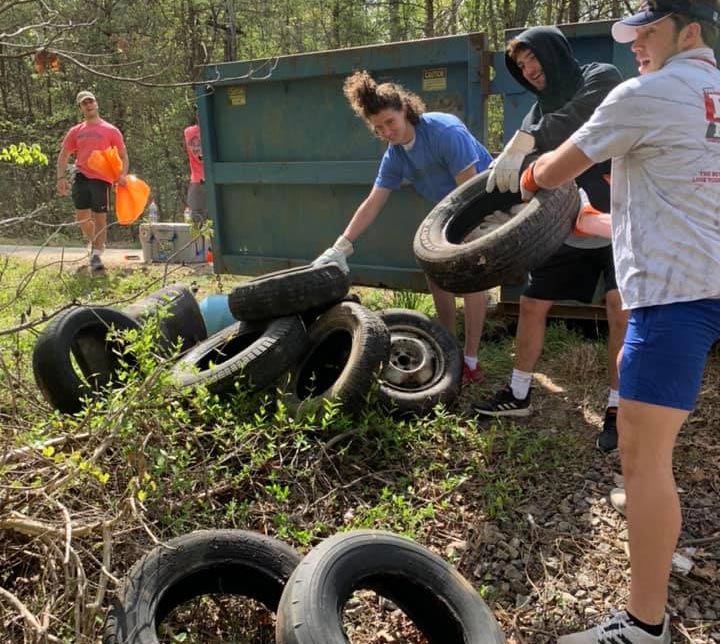 The Big Event, H-SC’s annual campus-wide day of service, was held in April. Volunteers—including students, faculty, and staff—participated in various projects as a way to say thank you to the local community for its support of the College. These projects included yard work, home maintenance and repairs, help for community service organizations, and more. A significant portion of this year’s Big Event volunteers helped clean up the High Bridge Trail State Park.

Students volunteered at the Centra Southside Medical Center helping patients as they received COVID-19 vaccines. Students assisted medical staff by managing vaccination cards, making sure patients were seen in a timely manner, and observing those who had been vaccinated for 15 minutes afterward for any sign of reactions.

Director of Student Affairs Operations, Orientation, and Civic Engagement Sandy Cooke beams with pride when asked about the work of Hampden-Sydney’s young men. “Watching H-SC students volunteer on projects with so many different programs around Farmville and Prince Edward County is the most rewarding experience,” she says. “I am thrilled to know that our students are not only getting involved in their community during their four years in college but also taking what they’ve learned through the Civic Engagement Program and applying it to their communities after graduation and for the rest of their lives.”

We are so proud of the quality young men we have here at Hampden-Sydney. Keep up the good work!